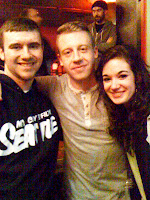 "And I, didn't know what I was doing you whispered, 'Don't you love music it's such a gift and I'll give it to ya but you gotta use it.'" These lyrics are from one of the few of Macklemore's songs featured on iTunes. Macklemore is an emcee from Seattle and Ryan Lewis is his producer but unlike a lot of producers Lewis is given credit as another artist and you rarely seen a song by Macklemore without Lewis's name associated right in the title. Both of these men are incredibly talented and have significantly changed my life.


I first heard one of their biggest hits And We Danced when my friend showed it to me during one of our weekly dance parties. I immediately memorized the lyrics and was singing along by the end of the day. Months later, and my first weekend as a Western student, I heard that Macklemore and Ryan Lewis were doing a concert. Despite the tickets selling out I managed to attain one for free from a friend of mine. In line for the concert I noticed a guy who lived in my dorm and friends of his that he had introduced me to earlier that day who had come from his hometown to see the show.


Being one of the first in line, my friends and I got right up to the stage and behind me were two of my dormmate's friends. One of them had been catching my eye all night. I smiled back at him as the opening act came on stage. All of us were dancing having a good time but antsy to the main show.
Finally Ryan Lewis enters the stage with a lap top and waves to the crowd as cheers boom through the room and shortly after they shake the building as Macklemore walks on stage. He plays his most popular songs to get the crowd pumped. Well the audience got excited alright as I am shoved left and right in a sea of people. Suddenly I lose my balance and I fall straight into the eye-catcher. We are 6 inches apart as I feel my cheeks getting red. Casually the guy breaks the ice, "This would have been awkward if we hadn't met before." I laugh and we part. For the rest of the concert I would look behind me and smile as I saw him dancing along with the beats of Ryan Lewis and rapping along with Macklemore.


This man is now my boyfriend of almost half a year now whom I never would have met if it hadn't been for Macklemore and Ryan Lewis. Almost exactly 5 months after the night we met, just the two of us went to another one of his shows at the Showbox in Seattle. I met Macklemore for the first time and my boyfriend told him our story. Quite opposite from his energetic and charismatic presence on stage was very calm and relaxed as he conveyed his genuine gratitude. Our song, though not a Macklemore song, is a song produced by Ryan Lewis. For Christmas I gave my boyfriend a customized hat with the title of the song and the album logo written on it. He wore it to the concert and showed it to Ryan Lewis himself. Ryan was so excited he had his professional photographer take a picture which is now posted on their Facebook page. 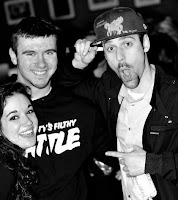 Macklemore writes his own lyrics, in collaboration with others, about his life and his city, Seattle. His more recent song, My Oh My, is dedicated to Dave Niehaus sports announcer for the Mariners who died last year. His other songs themes range from drug abuse of other rappers to wanting to be a stay home dad. He says his music is his therapy now being 2 years sober and with the help of Ryan Lewis and real instruments like trumpet, trombone, violin, cello and piano, and inspiration from other artists, his music is therapy for his listeners as well.


http://ryanlewis.bandcamp.com/ ~ This website is advertising mainly Ryan Lewis but Macklemore is part of it as well because of their work together. I just thought it was interesting because he sells his music on the website and I have not seen any other artist do so much of their own advertising. I am talking about how they have blogs and facebook and a myspace for their fans to feel connected to them.


http://www.bengalyucky.com/ ~ This is the official Macklemore blog. Macklemore puts out most of the comments to his fans rather than an agent but what I love about this website is there is a video of Macklemore promoting something in a Snuggie on his couch.


http://www.npr.org/2011/04/05/135145001/macklemore-and-ryan-lewis-the-joy-of-rap~
This is an article about Macklemore and Ryan Lewis and their session live on NPR along with the radio segment to listen to. They put so much so heart and thought and care into their music and performing its refreshing. Macklemore talks about how important it is to get their music out there, not the money which is why they offer free downloads on their blog.


I will forever be a die-hard Macklemore and Ryan Lewis fan. Thank you for making real hip hop and changing my life.
Posted by dancingtangled at 1:21 PM 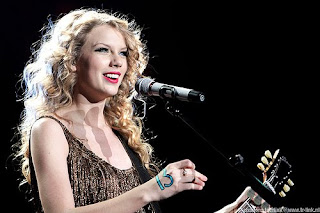 I had never been a fan of country music, in fact I despised it until I heard Taylor Swifts first single Tim McGraw. Instantly I was drawn into her amazing vocals, and I enjoyed the lyrics of the song because I could easily relate to them. Taylor Swift changed how I view country music, and for that I am so thankful for because now it is no longer despised, but rather it is loved. At such a young age Taylor Swift portrays a variety of amazing talents. Not to mention she is beautiful. Taylor not only sings, but she writes ALL of her own music. She tends to write about past experiences, and because of the age she is at her target audience of 13-25 year olds can relate to her music. This is what hooked me on Swift. Her lyrics allow you to put your own story into the song, which makes singing along feel much more meaningful. Taylor swift also has recently added acting to one of her many talents. Swift's first movie Valentines Day debuted in 2010 and featured swift as a very in love high school student with tons of spunk. Swift worked along side extremely experienced and well know actors such as Jessica Biel and Ashton Kutcher, and she did a fine job. Her scenes in the film not only made me laugh but once again I was able to connect with her character, sharing similar experiences and feelings. I believe Taylor Swift is one of the most multidimensional artists to come along, she has only just begun and she will continue to be great. 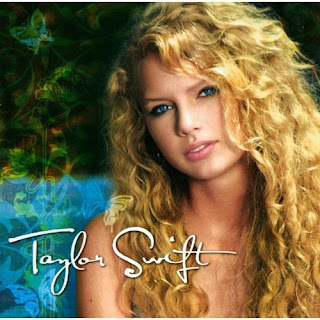 This is Taylor Swifts official website which allows you to view things such as her journal, music, pictures, tour schedules and much more. This website gives you an insight to who Swift is as an artist and as a person.
http://www.taylorswift.com/
This site is based off of CMT's official website, it tells you all about Taylor swifts albums, tours, but what I liked the most about it was her biography.
www.cmt.com/artists/az/swift__taylor/bio.jhtml
This site is Swift's official YouTube channel. There are numerous music videos, interviews, and fan base videos directly linked to the site. This site also allows you to comment and meet other Taylor Swift fans.
www.youtube.com/user/taylorswift?blend=3&ob=4
I hope you all enjoy!
Posted by Ashton Griffen at 1:19 PM
Newer Posts Older Posts Home
Subscribe to: Posts (Atom)