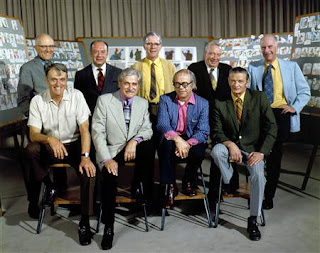 When people think of Disney movies, old ones especially, they usually think of Walt Disney himself. My question for you today is, do you know who Disney’s “Nine Old Men” are? These nine men were the core animators who created most of the movies we grew up watching. From Peter Pan and Sleeping Beauty, to The Jungle Book and Pinocchio, these men were key to creating the famous movies we all know and love today. The Nine Old Men consists of Les Clark, Marc Davis, Ollie Johnston, Milt Kahl, Ward Kimball, Eric Larson, John Lounsbery, Wolfgang Reitherman, and last but not least Frank Thomas. Although they have all passed on, we can still enjoy their movies and animations today. I chose to talk about Disney’s Nine Old Men because I grew up watching their creations, and I know many others did too. These movies were a big part of my childhood and always brought a smile to my face. 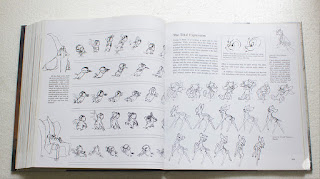 http://www.thisdayindisneyhistory.com/nineoldmen.html
If your interested in learning or reading more about any of these nine men's careers, this is a great website to begin on. Titled "Walt's Nine Men" this page takes a look at each of the men individually, explaining how they got to where they did in their amazing careers. It's really interesting to see where these men began before becoming core animators for Disney.
http://www.thisdayindisneyhistory.com/nineoldmen.html
This webpage has tons of fun and interesting Disney facts, including a page on Disney's Nine Old men. This page includes nine fun facts about these men, including things like several of the Nine Old Men later became movie directors. Along with that it also explains that it also includes things like 101 Dalmatians was one of the only movies all nine of these men worked on together.
https://www.mentalfloss.com/article/79702/get-know-walt-disneys-nine-old-men
Lastly, this website includes even more interesting facts about the lives of Disney's Nine Old Men. I enjoyed this article because it includes many fun stories, such as how Les Clark met Walt Disney for the first time while working at a lunch counter. Along with stories, this webpage also includes lists of different characters and movies created by these men. 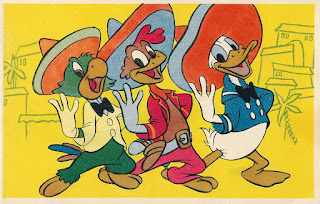