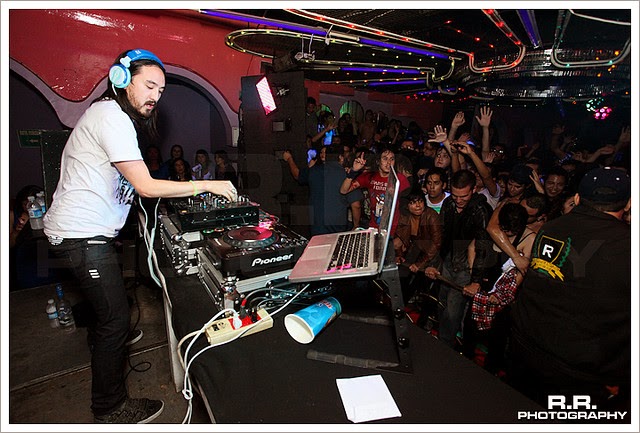 This webpage is Steve's Aoki's official website. Where it is a center based for all information pertaining to Steve's Aoki. There are components like tour dates, photos, videos, music previews, Aoki funds and shop. In addition there are links (Itunes, Spotify, Beatport) that leads you to where you can purchase and download his musics.

Finally, this webpage is dedicated to both an biography of Steve's Aoki as well as news articles pertaining to his work, his involvement in both the music industry and community. In addition there are a list of his soundtrack listed, where users can purchase and download the music directly from the site.


DJ Steve Aoki was born in Miami, Florida and grew up in California. Where he had develop his ears for musics during his college years at the University of California, Santa Barbara. His ear for music was developed while attending college, where he produced a do it yourself records and thus ran an underground tech house concerts at the college. His ability to drop a party rocking beats style has quickly entertained crowds and gain the dance floor.

I find that Steve's Aoki work is compelling and interesting, thus are worth sharing. The reason is because not only is he a DJ (Electro House Musician), but the fact that he is also a record producer, and a club promoter. I find this interesting since he is able to manage his own work as well as performing at live shows. Another reason why I had chosen Steve's Aoki is because  not only am I already had an interest in techno, club type/style of music, what separate Steve's work from other electro house musician are the fact that Steve's work are unique in a way that could be describe as "energetic" and "entertaining" in both the music styles (beats) and how it was performed.