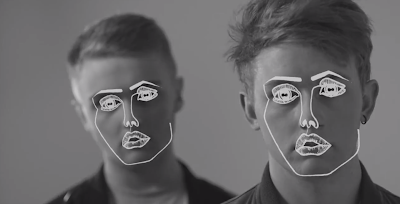 Disclosure is a UK-based duo comprised of brothers Howard and Guy Lawrence. The brothers are notoriously young, having started their musical careers in 2010 at ages 15 and 18 respectively. Their music is described as the amalgamate of UK garage, Detroit house, and 90's hip-hop music. The result: soulful R&B dance tracks and head-nodders with fluid bass lines, warm, buzzing chords, rhythmically clipped vocals, and minimal driving patterns in the snare similar to those used by J Dilla. I find their music incredibly interesting because the duo's youth causes them to demonstrate a mastery of their musical influence from the original scenes that inspire their sound, while the two have admitted that they are just getting into the older sounds. I look forward to when they have fully broadened their knowledge of their influences so they can create music that is even more true to their sound. The tracks they have put out show us that they create music with the dancefloor in mind, but also riding the fence, as their tracks work incredibly well in my earphone-oriented everyday listening. They are very up-and-coming and show incredible promise, working with some very talented vocalists, such as Jessie Ware, as well as collaborations with impressive names, like SBTRKT. Their collaboration with Jessie Ware can be seen in the video above (turn down the embedded player's volume halfway to get get the best quality of sound).

The Face review by XLR8R

This is a review of their forthcoming EP, The Face, which came out this June. The review is by online music magazine, XLR8R. The review outlines their sound and describes the tracks of the EP very well.

This is Disclosure's soundcloud where you can listen to most of the songs off their new EP, as well as some of their original tracks.


This is an interview-article about the duo, describing how the two brothers got their start as producers. They talk about how their first track was made in the back of Guy's car when they were in school together. Even though they just made it 'for laughs' the track garnered a lot of attention in the music blogosphere.