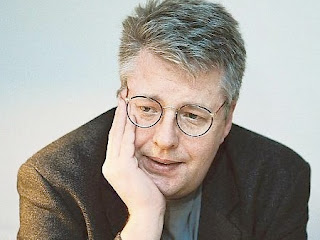 Stieg Larsson, the author of the Millenium Trilogy led just as interesting of a life as most of his characters. He was a Swedish journalist and writer, spending most of his efforts working for the magazine Expo in Stockholm. The point of Expo was to "study and survey antidemocratic, right wing extremist and racist tendencies." Millenium, the magazine in the books is loosely based on this publication. After many publications and books attacking neo-nazis he was constantly threatened and feared for both his life and his life long partners, Eva Gabrielsson. In 2002, Larsson started writing the story of a Swedish journalist by the name of Mikael Blomkvist and his encounters with the very interesting computer hacker Lisbeth Salander. Altogether, his trilogy has sold more than 20 million copies in 41 countries as of 2010 and was the world's second best selling author in 2008. Larsson died of a heart attack on November 9, 2004 and while he originally planned the series to be ten books long, he only published three. When I first started the trilogy
I couldn't put the books down. The way Larsson writes is unlike any other author I have ever read. His development of the characters and stories makes reading so much more interesting and creates vivid pictures and scenes in your imagination. The characters are unlike any you have met before and the mysterious crime series never fails to keep you guessing and surprised. For me, I didn't want this series to end and hope that everyone has the chance to pick up the first book and dive into the dark and ominous lives of Mikael Blomkvist and Lisbeth Salander. Stieg Larsson has truly created books that took years of research and experience and along with the mysteries and interlocking stories you will also learn more about the Swedish background.

http://www.stieglarsson.com/
This is a website that gives a brief background on the life of Stieg Larsson and showcases some of the major events in his life, especially near the end. It also is a great site for every Millenium Trilogy fan because it is constantly updated with new news on the controversy on who gets the rights to the fourth book (its between his life partner and his father) and any other related articles. It also gives frequent information and fans responses to the recent movies being made out of the Lisbeth Salander stories.

http://www.larssontrilogy.com/
This is a very comprehensive site that allows you to get the background of every book and even learn about all of the characters so you can either review what you have read or know what you are getting into. It also outlines the Swedish film and the American film to help you compare which might be better and what actors are in each. Lastly, it gives a background on Stieg Larsson and the struggles he faced in getting these books published.

http://www.stieglarsson.se/
This is also another site that gives great background into each of the books and into the life of Stieg Larsson. But on top of that it also provides clips from the recent American film and insights into what will come with the next films.