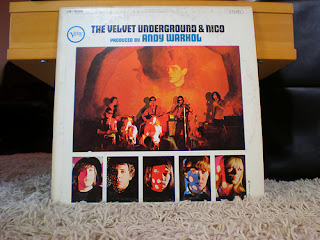 Christa Päffgen, known better as the musician Nico is not only one of the most iconic figures in the experimental-inspired music scene of the 1960s through 1980s but also a sterling example of the difficulties that many innovative female artists, especially singers and songwriters, experience in the creative need to be taken seriously.  With an inarguably arresting and striking appearance and a very distinct, sometimes viewed as cold beauty, she began her career as a model, more often than not having that arresting beauty made up to look more approachable, soft, feminine, and arguably commercial.   And although she very successfully shed this forcedly softened and inevitably blurred image of herself in moving from her native Europe to the United States and becoming rooted as a “Superstar” into Andy Warhol’s Exploding Plastic Inevitable events, she couldn’t avoid often being unaccepted by the truly artistic scene she deserved to be a part of, instead of her absorbance into Andy Warhol’s exhibitionist and more or less vacuous projects.  This is best seen in her involvement with the band The Velvet Underground, as the band was more or less ingratiated to Andy Warhol, seeing as he took them in when they were unable to support themselves, and so when he decided that The Velvet Underground should collaborate with his Superstar Nico, the head of the band, Lou Reed, really couldn’t say no, although he viewed her as a nuisance in the way of expressing his artistic vision, and as a hollow extension of Warhol’s movement.  But the fact is that she was as distant from Warhol’s other projects as The Velvet Underground was.  Nico’s and Lou Reed’s primary involvement in heroin as opposed to the rampant use of LSD, speed, and barbiturates among the other figures in that scene is a strong, albeit sad illustration of this distinction.  While the others, most prominently Edie Sedgwick, were exploring themselves through the arguably more superficial mind alterants listed before, the fact that Nico’s life struggle with substances was characterized mostly by heroin, the drug of choice among artists and debatably the most conducive hard drug to artistic expression, shows that she was in fact living more in art than spectacle.  Her severe and foreign beauty set her distinctly apart from other female musicians, especially singers of the time, but she was still brought down simply because of her attractiveness and womanhood, making her a fascinating and unique face of that era in music, but more importantly to me, her serious, melancholy and often bleak way of expressing herself is a strikingly perfect manifestation of the sadness of life, especially in its distinction from the way the fellow artists of her scene and many artists still today were and are dealing with their existential anxiety: through a garish and vacuous rebellion against and unavoidable carnation in materialism and commercialism. 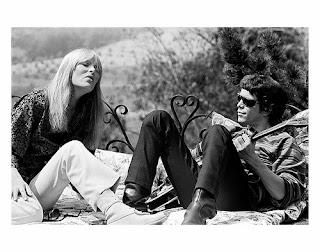 A beautiful 1982 interview in which a contemplative and melancholy Nico hints at various struggles she has encountered as an artist, such as commenting with pursed lips of pensive contemplation, “Being sarcastic.  Being cynical I guess. Can’t avoid being cynical.”  And later in an afterthought to answering that she has no regrets, “Except for being born a woman instead of a man.  That’s my, my only regret.”

A website chronicling the major events in the lives of Andy Warhol’s “Superstars” but more specifically the life of his created scene. The “1966: Andy Warhol Produces the Velvet Underground EP” section of this webpage shows a very important dynamic in Nico’s working relationship with the band, highlighting especially her early challenges in being taken seriously as an artist, for example in Lou Reed reluctance to let her be a part of his album, and in the suggestion of a figure in getting The Velvet Underground and Nico (1967) produced that “They make the album more commercial by adding more Nico songs.”

A fairly obvious but highly informative website that brings together all of the basic information about Nico’s career, containing a biography, a list of all her discography and filmography, and a collection of her works as a model.