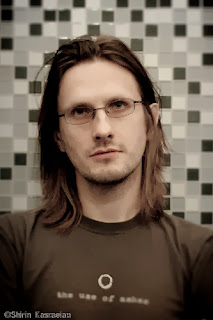 Steven Wilson is a guitarist, singer, and songwriter from the United Kingdom, most well known as the frontman for the progressive rock band Porcupine Tree.  He also is a highly regarded producer,  sound engineer, and general collaborator in progressive rock and metal circles, having worked with such bands as Opeth, Marillion, Anathema, Anja Garbarek, and Jethro Tull.
His sense of rhythm and melody is incredibly well-rounded, and his song and lyric writing abilities are sublime.  Songs often tackle complex emotional issues such as depression or loss, as well as social issues such as the collapse of civilization or crime.  Though this may sound depressing, the music ranges through a variety of rock styles, while dipping into folk, metal, and jazz motifs and sensibilities.
Wilson has an impeccable sense of crafting emotion through music, without the addition of lyrics.  Themes and inter-weaving melody lines create an experience with each album.  The lyrics themselves just add on to the whole package.
My favorite work of his is the Porcupine Tree album Deadwing.  The range of dynamics and moods from song to song is vast, with quiet interludes allowing room to process the music and contemplate what is being heard in between heady spans of genius songwriting. 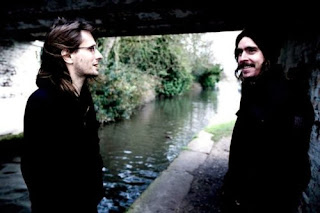 http://innerviews.org/inner/wilson.html
An intriguing interview with the man himself.  Provides a look at the motivation behind his art and style.
Posted by Unknown at 11:20 PM
Newer Post Older Post Home