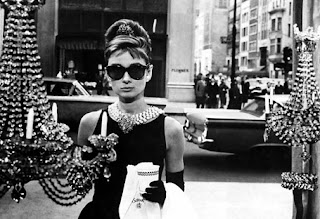 Audrey Hepburn (May 4, 1929 – January 20, 1993) is one of the world's most beloved actresses, fashion icons, and most importantly, humanitarians. Born in Belguim, she spent the majority of her childhood in German-occupied Arnhem, Netherlands during World War II. During this time she not only honed her skills as a ballerina, raising funds for the Dutch resistance while secretly performing for groups of people; but also saw and experienced intense suffering when the Germans blocked the supply lines into the city. On Hepburn's 16th birthday, the country was liberated, but the damage had already been done. Hepburn was already suffering from malnutrition, anemia, and asthma; when the United Nations Relief and Rehabilitation Administration arrived with much needed food. It was these tragic experiences that led to her tireless dedication and lifetime devotion to UNICEF, to which she was named International Goodwill Ambassador in 1988.

Hepburn's career spanned more than forty years, ranging from screen to stage, as well as television. Her credits include appearances in 28 films, five television credits which include Gardens of the World with Audrey Hepburn for which she won an Emmy for Outstanding Individual Achievement – Information Programming, and five theater credits that also included a Tony Award for Best Performance by a Leading Actress in a Play for her portrayal of the lead character in Ondine. Hepburn was also nominated and won numerous Academy Awards for Best Actress,Emmy Awards, Golden Globe Awards, Grammy Awards, Screen Actors Guild Awards, BAFTA Awards, and New York Film Critic Awards throughout her career, and did in fact take home the Academy Award for Best Actress for her portrayal of Princess Ann in Roman Holiday. The American Film Institute named Hepburn third among the Greatest Female Stars of All Time.

Hepburn is also considered a fashion icon of the ages. She has appeared on the cover of Vogue and Haper's Bazaar, as well as TIME. She was even voted “The Most Beautiful Woman of All Time” posthumously in 2004, by a panel of beauty experts by Evian. While she is considered a natural beauty, her style was made famous by her partnership with courturier Hubert de Givenchy, who originally met her when he designed the costumes for Sabrina. Though they initially did not get along, they became lifelong friends, as she became an ambassador of his clothing and is largely considered to be his muse. Givenchy was also the designer of the timeless article of clothing that she made famous the world over: the iconic “little black dress” that was seen in Breakfast at Tiffany's.

According to her personal website, Audrey Hepburn considered her greatest roll to be that of UNICEF International Goodwill Ambassador. She traveled the world for five years, visiting over 20 countries, bringing them clean drinking water, aide, affection, and much needed worldwide government and international media attention. She was presented the Presidential Medal of Freedom in 1992 by President George H.W. Bush, and the Academy of Motion Pictures Arts and Sciences awarded her The Jean Hersholt Humanitarian Award, posthumously. Though Hepburn passed away on January 20, 1993 of appendiceal cancer at the age of 63, her humanitarian work continues today through her aide foundation the “Audrey Hepburn Children's Fund”, which “continues her work to bring help and hope to children around the world by raising funds and supporting organizations with the health, well being and education of children as their central mission” - Audrey Hepburn's Official Site http://www.audreyhepburn.com/menu/index.php?pg=0&idMenu=55 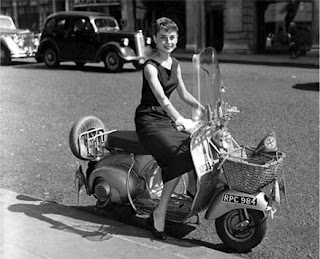