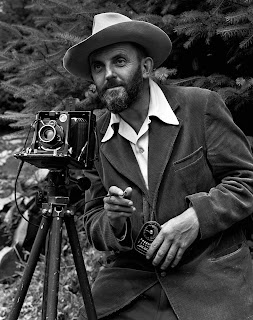 Ansel Adams was an american landscape photographer and environmentalist thus giving him a special look and better understanding of different landscapes. Adams was born February 20th, 1902 in San Francisco, California and died on April 22nd, 1984 at age 82 in Monterey, California. Adams was and only child which was very uncommon for the time he was born. Adams father ran a lumber company that was passed to him from his father which Adams father hoped to pass down to him which he did once his father decided to follow a different passion. During the San Francisco earth quake of 1906 Adams was injured with a broken nose, this earth quake was Adams first memory which Adams describes as beautiful because of "the way the world looked, so strange, so different".  Adams soon discovered that he was very prone to sicknesses which caused him to not have many friends and not able to play sports this pushed him to find a different passion. Adams discovered his love for photography when him and his parents moved to a home with (what Adams described as) a splendid view. After moving he found his love for nature. Adams never did well in school and was kicked out of many schools for being restless and inattentive. Adams was home schooled starting at the age of 12. His primary teacher was his aunt who was a women's suffrage advocate this rubbed off on Adams. Adams entered school again in 8th grade which he graduated from, this was the last schooling he attended, this is when Adams focused on his photography which his mother did not approve of but his father did.

From a very young age Adams had a love for art, he started playing Piano at age 12. After finding his love for nature and photography Adams focused all his attention on this type of art. Adams most famous photos were taken in Yosemite National Park which he first visited in 1916 and fell in love. Adams worked part time for a photo finisher and avidly read photography magazines, attended clubs, and went to many exhibits to better his knowledge of the art in his early years. Adams' first photo was publishes in 1921 and the rest was history. 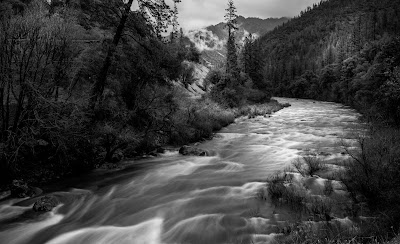 https://www.artsy.net/artist/ansel-adams
This describes in detail what kind of photographer Adams was. This shows how widely known Adams is and how brilliant and devoted Adams was to his passion. He would not have been as well known or great at what he did without the dedication he had.

http://vault.sierraclub.org/history/ansel-adams/
Although Adams is well know for his photography he was also an environmentalist which created his love for landscape photography. This article talks about all he has done for the environment. It also goes into detail about how his photos change peoples' prospectives on nature.

http://www.creativephotography.org/artists/ansel-adams
While Adams was alive he experiences many set backs one being his unique black and white photos, many were hesitant to accept this as art. Adams then co-founded the Center for Creative Photography. This article gives the inside scoop on why Adams founded this Center based on his personal experiences. 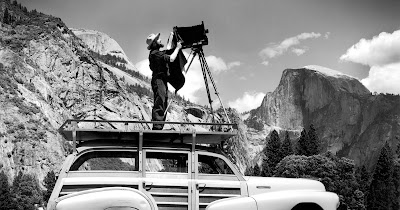 Why Ansel Adams
The reason I picked Ansel Adams is because I am a landscape photographer myself and Adams is someone that, in a world where everyone is a photographer, is still very well known for his creativity. Adams strived to be the best he could and everything he did. Even though he got backlash for some of his art he was never discouraged. Adams also did wonderful things for the environment and raised awareness through a passion of his. He was and still is the best in his field and would not have been in that position without his never quit attitude.