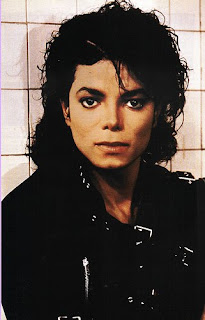 I chose Michael Jackson because he is someone that I have always admired and grown up listening to. I also think that his music has a way of inspiring people in different ways. It is a very special artist that’s music touches so many people after death. He began from such a young age when he was singing with his brothers  in Jackson 5. They were the first group in pop history to have number one hits on their first four singles. Since then he has popular music his most widely known album is probably the Thriller album which was added into the Grammy Hall of Fame. He was also was known for winning eight grammys in one night. Which sounds ridiculous, even now! He acquired the nickname the “king of pop” because of all his accomplishments. The music and the beat made it nearly impossible to not move your feet. Not only is his music living on, but also in intricate dance moves, such as the moon walk. Everyone knows the moon walk and as generations come I just know that dance will move on too.


If i have to choose a favorite song by him I would have to say that mine is “black or white”. I think that the message he conveys is so important and despite all the controversy about his music i think that everyone's individual interpretation is very vital when listening to his music. A lot of people don’t understand the depth in which his lyrics go.


He was a very influential man in many different ways. This is an article that goes into depth about how he influenced contemporary art.


To end my blog post I would just like to add this Bibliography  on Michael Jackson. It shows a list from start to finish of his career and the accomplishes that he made along the way and what I believe really made him the legend that he was.
Posted by Unknown at 2:00 PM
Newer Post Older Post Home