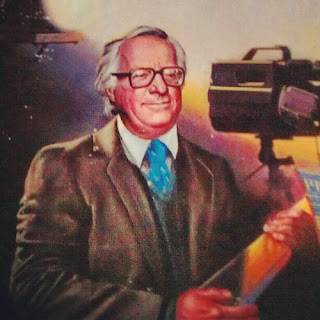 Ray Bradbury is often hailed a master of science fiction. He wrote scores of short stories and novels throughout his lifetime in science fiction, horror, fantasy, and mystery fiction. However, Bradbury himself denied being a science fiction writer. He claimed he only wrote one science fiction story and that was the famous Fahrenheit 451. His other stories, he said, were fantasy, that they could not ever be real. Surely automated cars, the illegality of walking down the street at night, a fully automated home the only survivor of nuclear warfare, seemed fantastical in the mid to late 20th century, but in today’s world these seem just a few breakthroughs away. We already have Alexas and Google Homes and Rumbas and other Smart technology featured in “August 2026: There Will Come Soft Rains.” Bradbury’s work is monumental in fiction and in our futures. His stories tell us of what can be, and what should not be. He predicted much of today’s world back in the 1950s, and if we read closely, we will see the danger in where we are heading as a society. Ray Bradbury’s works are as much a warning as they are a hope.

https://www.nytimes.com/2012/06/07/books/ray-bradbury-who-made-science-fiction-respectable.html
A New York Times article about Ray Bradbury's rise from Pulp Fiction into mainstream fiction and why he is now in high school curriculum's across the country.

https://www.theguardian.com/books/2012/jun/07/ray-bradbury-influence-barack-obama
An article on Barack Obama among others speaking to Ray Bradbury's influence, after his passing.

https://raybradbury.com/
Ray Bradbury's website featuring a biography, his works, fun facts, events, and other articles about him. 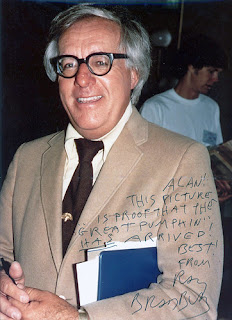