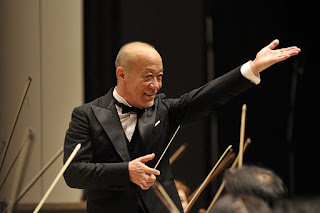 Mamoru Fujisawa, though known professionally and world wide as Joe Hisaishi, is a Japanese composer and musical director known for over 100 film scores and several albums dating back to 1981. He is associated with and known for composing the film scores for animator Hayao Miyazaki (creater of films like Spirited Away, Laputa: Castle in the Sky, Kiki's Delivery Service, Princess Mononoke, etc.), having composed scores for all but one of his films. He was also a student of legendary anime composer Takeo Watanabe (Cutie Honey, Candy Candy, Lone Wolf and Cub, Mobile Suit Gundam). 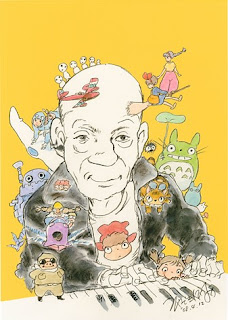 The first time I heard Joe Hisaishi's music was when I watched my first Miyazaki film: Spirited Away. My father introduced me to the various Miyazaki films (Castle in the Sky, Howl's Moving Castle, Nausicaä of the Valley of the Wind, Princess Mononoke, etc.) when I was young, and later when I wanted to just listen to the film scores from his amazing movies, I discovered Joe Hisaishi. It blew me away that the music for the majority of the Miyazaki movies that I had so come to love had been created by Joe Hisaishi. Having played the piano since I was in first grade, I knew for myself how much skill it takes to play an instrument. Therefore, it is even more amazing to me the skill and talent it takes to create music and such works of art. The sheer musical genius it must take to be able to create the music that so enhances the storylines of the Miyazaki films, it left me in awe.

Interview where Hisaishi describes his Creative Process
https://kotaku.com/composer-joe-hisaishi-describes-his-creative-process-1841442868
-An interview with Joe Hisaishi by Brian Ashfort, where Hisaishi answers some questions about himself and his creative process in creating music, and how it differs depending on what he's creating music for.

The John Williams of Japan
https://pitchfork.com/thepitch/1405-the-john-williams-of-japan-joe-hisaishi-in-9-songs/
-An article about Joe Hisaishi, his history, and a few highlighted songs from his career.

If you've never seen the Miyazaki films or heard Joe Hisaishi's music before, below is a video of Joe Hisaishi's Budokan Studio Ghibli 25 Years Concert. Watch, be amazed, and more importantly, enjoy!