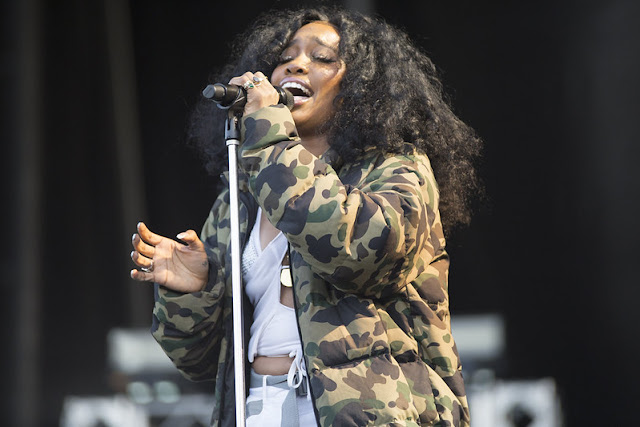 How SZA Beat Depression and Cracked the Top 10 With ‘Ctrl’

In this 2018 Rolling Stone article, Solana Rowe (also known as SZA) explains her rise to fame as well as the trials and tribulations that led her there. Growing up as one of the few people of color in her neighborhood, SZA dealt with bullying and being ostracized by her fellow peers. Solana's father was also Muslim and she wore a hijab in her youth; it was clear she faced her fair share of uphill battles. After dropping out of college and couch surfing, she fell into a deep depression and turned to the "one thing she didn't suck at": music. SZA explains her own disposition as a "run-on-can’t-calm-down-waves-of-emotion kind of thing" and does not shy away from emotional outbursts. This is exemplified in her music: mellow, chill beats with lyrics that are far from mellow or chill. Her past traumas are huge points of inspiration in her music.

The Rebirth of SZA


This 2020 Rolling Stone article was different from any interview Solana Rowe had done; it was her first interview in a year. Since the success of her 2016 album Ctrl, many things in SZA's life has changed. For one, her grandmother (who makes different cameo appearances on many of her songs) and her aunt passed away. Many factors, such as the quick rise to fame, led Solana to a place where she was "just trying not to die". Due to the success of Ctrl, her eager fan base has been prodding her about the release of her next album. SZA's perspective is this: she needs to find herself and get well so she can accurately depict the woman she is today. For the past year, she has been immersing herself in healing practices and staying away from the spotlight. As she puts it, “You really have to choose to feel better. You have to. Because if you don’t, you just die.” Throughout all of the anxious waiting for her next album, one thing can be certain: it is definitely going to be good and real.

In this Vice interview, Solana Rowe is interviewed around two years after her first album Ctrl came out. She speaks about her new found success and the difficulty of being famous. SZA explains that coming out with an album and touring allowed her to overcome her biggest fear: being completely herself for millions of people. Solana explains her relationship with fame and the people in her life, as often the two are intertwined. In terms of her new music, she is trying to find a balance between simplicity and complexity. SZA says, "I know it’s going to get way more chaotic. I’m really excited to find the extreme moments of beauty in that. I think it’s going to become really fucking interesting..."

In terms of my own opinion of SZA's artwork, she has been one of the most relatable artists for me and a lot of people my age. While a large portion of her fanbase (including myself) have not experienced the things she has in her life, her music seems to speak to all hurts. As she states in multiple different interviews, she is not afraid to shy away from hard emotions; it definitely shows in her song lyrics. As she goes back and forth from embracing her sexuality to questioning her worth as a woman, she exemplifies the 20-something era of young adolescents.