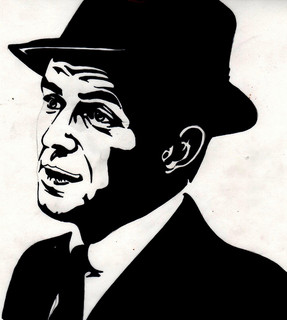 Frank Sinatra was many things in his time, a suposed mobster, actress, but first and far-most he was a jazz singer. Born in New Jersey in 1915 Frank found his first rise to fame in the early 1940s when joined with Tommy Dorsey a trombonists. However he decided to try to make his way solo and did so successfully untel the war hit. Frank would later go on to join the rat pack in the 1960s where he adapted his supposed mob connections and less then civil public appearance, that consisted of drinking, gamboling, and womanizing. It was all of this though that made Frank an icon of the era, and in many eyes he was a legend. However jazz in general theses days seems to be a fading genere. I honestly think though that if more people were exposed to artest like Frank Sinatra, it could make it way back into the spot light. So without further review here are some of my favorit tracks from Frank Sinatra.

I Get a Kick Out of You

Also if your interested more in the history of Frank Sinatra or Vegas in general there is a two part documentary on the rat pack which can be found Here. http://www.biography.com/people/frank-sinatra-9484810?page=1
Plus its narrated by Danny Aiello

If music isn't your thing you can also check out what films Frank Sinatra has been by clicking Here.
(http://www.imdb.com/name/nm0000069/)

Last of all if your looking to delve even deeper into the Sinatra history including interviews of Sinatra himself you should check his families form which can be found here.
(http://www.sinatrafamily.com/)
Posted by Unknown at 10:48 PM
Newer Post Older Post Home