Over the pass years I was unexpectedly introduced to a different type of music generally called "K-Pop". Which is weird to think about listening to songs that is in a different language and has a different style than the majority of the songs in America. Vixx is one of those bands that are unique and creative. Each song has their own story and style with dance moves that coordinates with the lyrics. So even if someone isn't able to understand Korean just watching their body movements is a way to translate the meaning of the song. When watching Vixx their dance moves are very sharp and precise, and along with their facial expression can leave one in awe after watching one video. 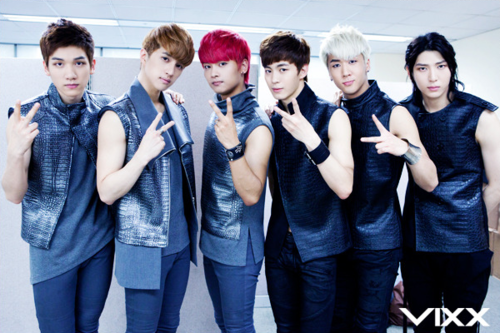 Vixx is a six member band with the leader being N, rapper Ravi, vocals Leo, Ken, Hyuk, and Hongbin. At the beginning of their debut in 2012 the leader N mention on a music talk show that he really didn't want to become an idol which shocked all the viewers. Soon later  his mind was changed when Vixx quickly became famous over the past 2 years, they were able to win 2 awards in South Korea and had performances on famous shows such as Music Bank and Show Champion. They also have concerts around the world including an upcoming one at K-con which is in California. ( I shall be attending the concert to see them! ). Their songs are able to captive their audiences, and their voices and looks seem to fit perfectly together. This group was selected to be together through the company so the members didn't know each other until training days before their first debut. After years past the group is now close friends with each other as seen on their show Vixx T.V, at the beginning there was a sense the awkwardness of the band, but if you were to watch the videos now you can see how close they are to each other. 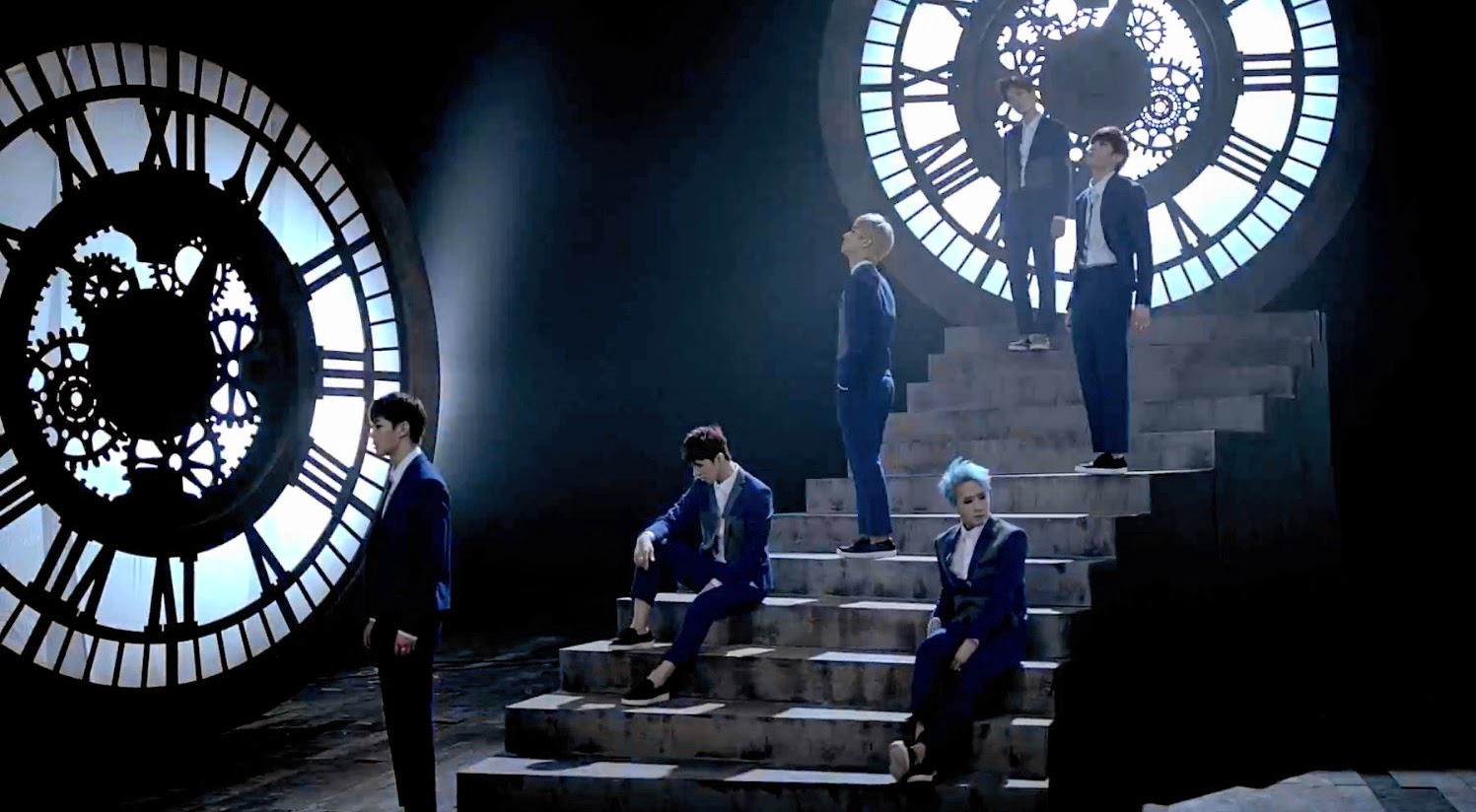 The songs that Vixx performs have deeper meanings in their lyrics and have theme to each video. One of the recent songs that came out is called "Eternity" which is about how they wish that there dream about the one they love will last forever. In the music video they dance moves resembles a clock and their facial expression is able to convey the loneliness and sadness they feel as their dream is slipping away. Another music video is "Voodoo Doll" that sounds creepy but I think it is one of the most interesting ideas for a song. The lyrics are expressing that they love the person to such as extent that they are willing to act like a voodoo doll. Other words the girl they love treats them any way she wants and they are just accepting and going along with whatever she wants. 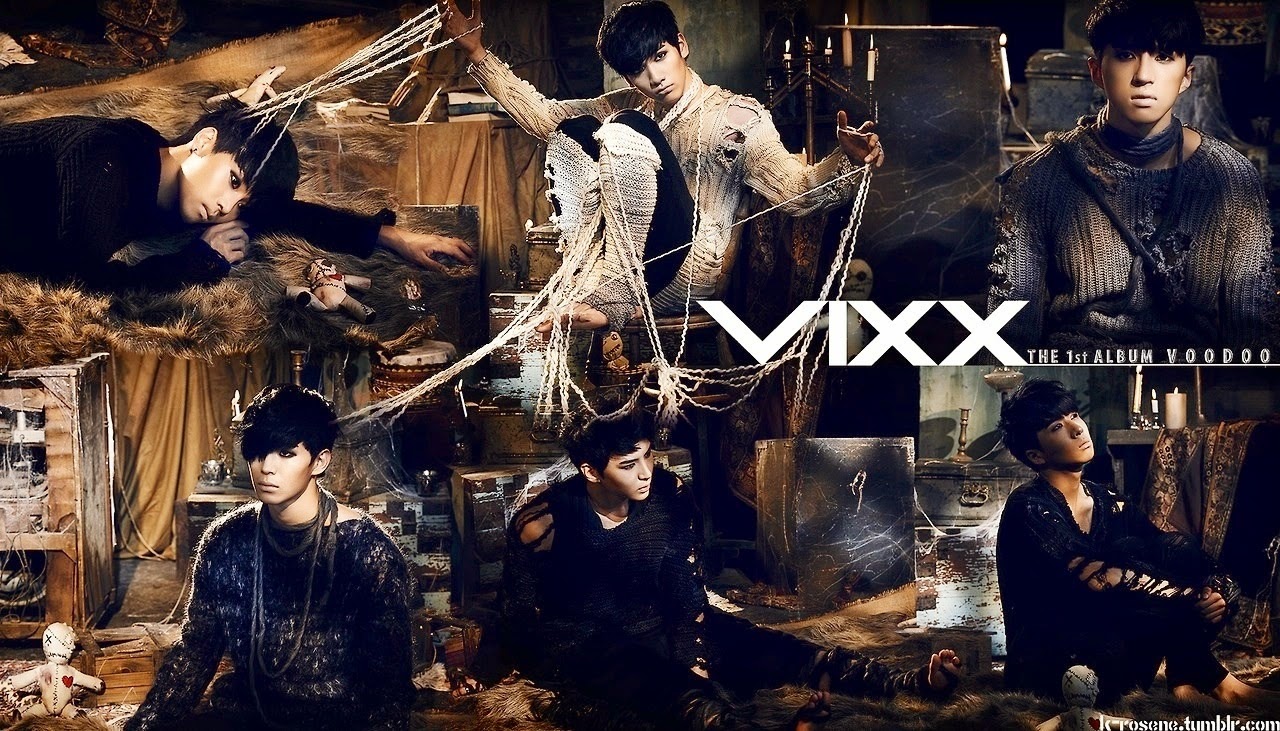 Vixx Voodoo Doll music video: https://www.youtube.com/watch?v=EmrNMf_jzkE
As I mention above this is a link to the live version of "Voodoo Doll". The reason why I chose to the live version and not the music video is because in the video is the whole dance and close ups to show their intense facial expressions. Also, you will notice that all their movements are sharp to resmemble a voodoo doll being controlled, and when one of the members are pinned they all react in the same way. When you are done watching the video maybe search the same video with English sub-titles to have a deeper understanding.

Vixx Wikipedia : http://en.wikipedia.org/wiki/VIXX
The wikipedia page has information on how the band was created and each reward that Vixx has won. There is a list of music videos and T.V programs where they were guest stars. Also, some of the members have side jobs as actors and has a list of dramas and shows of their performances.

Vixx Fan page : http://kpopcolorcodedlyrics.wordpress.com/vixx-members-profiles/
The fan page has information on each member which include their whole name and what position they have in the band. For each member there are interesting facts about them and you can get to know their personalities more.