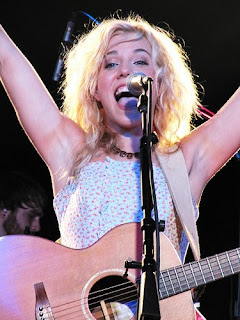 The Band Perry is an up and coming band among country music. I have been a country music fan since my childhood. This group is a great representation of country music because the music they compose together is unique in many ways. The three members, Kimberly (main singer), Reid, and Neil are all siblings. Kimberly, being the oldest, started when she was 15, and had her brothers join her around playing in churches and clubs. The brothers went their separate ways for a while, creating their own band; but because they grew up with music in their household, they knew they would end up a group together, it just took some time. They grew up with a diverse music background, a rock background coming from their dad, and country from their mom. Kimberly has a quote "Daddy rocked us to sleep with the Rolling Stones; Mama woke us up with Loretta Lynn. So we get it honest."


The oldest, Neil, points out that they all bring something different to the table when it comes to composition. "Kimberly carries in a bag of melodies and lyrics, Reid always has some really great musical ideas in his back pocket, and I bring in a sense of hum 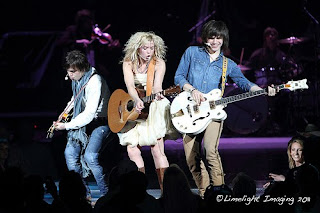 or and some thread that ties it all together." They compose their own music, and I think it I find it so compelling because they have two different backgrounds that they incorporate into their songs, which makes their sound fun to listen to. Here are some websites I hope you all find enjoyable!

The following website is The Band Perry's personal website, where there is information about the band, their music, tour dates, blogs, and photos. http://www.thebandperry.com/default.aspx

The next website is filled with a few music videos from the group. Since their music is relatively new, they do not have a ton of videos, however, they have a fun collection so far. The videos they have are unique in that they portray their compelling style throughout the video. http://www.youtube.com/artist?a=AYMcY2vx8GTPlFn0THDkeXL60n9Bmf7a&feature=watch_video_title

I think it is important how artists create their lyrics, which is why I am posting this next link. This page explains how they created their first hit song "If I die young" and defines the meaning behind the words. http://www.theboot.com/2010/07/16/the-band-perry-if-i-die-young-lyrics/