50 Cent: Revolutionary and a Believer 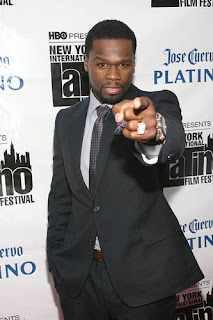 50 Cent or Curtis Jackson was born and raised in the South Jamaica neighborhood of Queens in New York City. He is regarded as the number one rap artist of the 2000's. He is most recognized for changing the way rap music was portrayed by introducing dark and funky grooves that have never been heard before. One interesting fact about 50 cent is that during an incident in 2000, he was shot and hit 9 times, but still survived. To me this signifies a warrior, someone who didn't give up, but still kept trying to showcase his envision in changing the music industry. His first album "Get Rich or Die Tryin" was the most anticipated album in 2003 in over a decade. This album is regarded as the twelfth best album of the 2000's. Other than being a musical artist, he produced a record label called G-Unit, which also founded many successful rappers such as Young Buck and Juelz Santana.

I find 50 cent a musical sensation worth sharing because of his work ethic and talents. A lot of people don't like him, but I think if you look at his music, and think deeply about his lyrics, there are a lot of metaphors. His lyrics run deep, and you definitely need skill to write something like that. Another reason why I like 50 cent is because he overcame problems that he had as a kid. As a kid, he would deal drugs in high school, but as he matured he overcame that problem and now he is an international sensation and a successful individual. 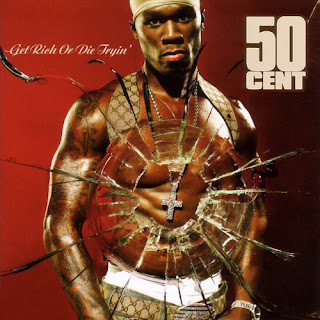 I love going to concerts of my favorite artists. This is the official website for 50 cent which contains his tours that he has going on, and concerts that are up and coming. There is also a section which has the lyrics for all the songs he has ever written. It also has many pictures and a store to buy 50 cent certified clothing.

This song here on YouTube called "Many Men", is my all time favorite song of 50 cent. The lyrics run so deep and I just never get tired of this song. This song was featured  on his debut album "Get Rich or Die Tryin" in 2003.

To keep up current with 50 cent, he has a twitter account which anybody can follow and read. It allows us to see what 50 cent has to say beyond his music and relate to him on a personal level.