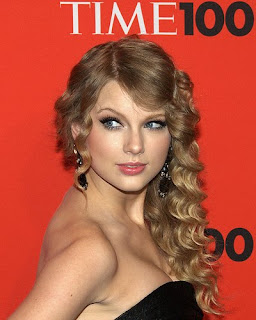 Love her or loathe her, there is no escaping Taylor Swift. Many will argue Swift's ability as an artist, but the facts are the same: at just 22, Swift has sold over 20 million albums worldwide. Perhaps the most endearing thing about Swift is her approach to music. While it is true that nearly all her songs deal with feelings of love or a broken heart, I think that is part of the appeal that draws so many people into her music. She has a way of emotionally connecting with her intended audience in a way that not a lot of mainstream female artists are able to do. Through her lyrics, she is able to convey universal emotions and situations that many people have felt or experienced. In turn, people feel as if they can relate and connect with her in a way that goes beyond just her music. 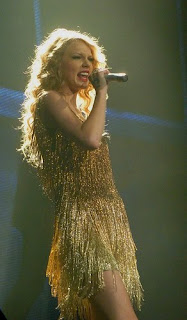 Another thing I find fascinating about Taylor Swift is her fan base, or lack thereof. People absolutely love her, or cannot stand her. Many of the individuals I have met who dislike her say how “fake” she is in interviews, and to a degree, I see their point. Despite her obvious success, Swift often comes off as this naïve, starstruck woman who just so happens to be incredibly famous. And while this part of her personality even annoys me at times, there is no denying that she knows exactly what she is doing. I really enjoyed this interview (below) because it shows just that… it shows just how involved, driven, and open-to-change Swift is when it comes to being an artist in the music industry.

Another website worth noting is Swift’s “My Life” tab on her official website, written by the woman herself. In it, Swift basically writes about her life in a very personable way that shows off her sense of humor and personality.

Finally, Taylor Swift’s biography.com page does an excellent job of giving a rundown of Swift largest accomplishments. To know that one person has already accomplished so much at the age of 22 (one year older than I am) is incredibly intimidating but oddly inspiring at the same time.