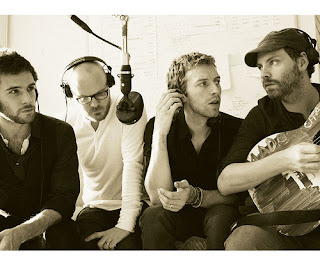 Music can be a way for artists to convey a message to listeners regarding love, desire, emotions, strength, or personal struggles. Music can also be relaxing to the mind, which is why some people can turn to music as a way to take a break from busy lives and enjoy soothing sounds and instruments that is calming and repose. For me, Coldplay is a band that I can listen to while doing work, driving around, or even as an artist I can go to if I want something good to listen to. 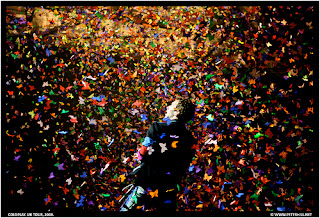 Coldplay's musical style can be known as soft rock and can be meditative. Sometimes their music can reflect and describe emotions and desires. Some critics, due to Martin's unique worldplay, can describe sometimes the lyrics in their songs as feminine. Despite this, Coldplay has attended, performed, and received awards worldwide such as at the Brit Awards, World Music Awards, Billboard Music Awards, and Grammy Awards. After being a band for over fifteen years, Coldplay still rises to the top of the music charts through their unique music worldwide.

I find Coldplay's music unique since it can be soothing to one's mind. Many of their songs are very peaceful instead of having a heavy dance beat or heavy guitar solo. Although their lyrics and messages of some of their songs can be somewhat strange (such as Yellow), it is the music being produced by the guitars, drums, and vocals that make Coldplay's music stand out from many other artists in today's culture.

Coldplay's Webpage: This is Coldplay's official website where they post concert dates, blog posts, and music. This allows fans of Coldplay to keep up on the latest news and concerts. Coldplay's merchandise (shirts, mugs, hats, and other apparel), CD's, and singles can all be found on this website.

"Yellow," Coldplay's first worldwide single is featured above. When composing this song, they came up with the title "Yellow" referring to the Yellow Pages phonebook. As odd as it seems, Martin in an interview explained that "yellow" does not have a direct meaning. Martin's falsetto solo and the acoustic guitar features are some of the things that made this song popular worldwide, giving Coldplay their rise to popularity.


"Paradise" by Coldplay is about not giving up on your dreams. The story featured in this song is about a girl with a disappointing life. When she goes to sleep, she dreams of paradise. This song can be relatable to anyone, forcing one to make use of his or her dreams. If the girl featured int he song dreamt of paradise, she can obtain this "paradise" if she does not give up on this hope.
Posted by Matthew Lee at 3:37 PM
Newer Post Older Post Home