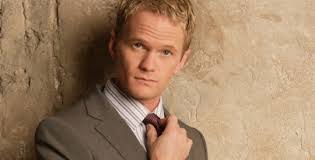 I chose to do Neil Patrick Harris because of his phenomenal attitude both behind the camera and offstage.  He was born in 1973 and grew up in the New Mexico area and acted in many of his High School plays and musical and graduated with honors.  His acting has won him many awards, from the Young Acting Award to the People's Choice Award (and a few Emmy's as well).
His acting career is truly astonishing, starting out as a child actor in movies all the way to lead roles in multi-season popular television productions.  Not only that, but he has also performed on Broadway in both dramatic and musical roles.  As a comedian he routinely entertains the audience.  One of his most notable appearances is the character Barney in  the television series "How I Met Your Mother" where he plays a very important antagonistic role.

If Interested the following websites can you give more information on his background in acting as well as his personal life:

http://www.people.com/people/neil_patrick_harris/
--On this sight you can find NPH's current projects as well as what he has done previously.  You can also watch a video on an interview with him.

http://nph-fan.com/
--This site is a great site for any true Neil Patrick Harris fan.  You can get a detailed description of what hes doing as soon as the public is notified.  Also there are links to videos and his social media sites.

http://neilpatrickharrisfan.com/website/
--This is another fan site for Neil Patrick Harris.  Although not as well put together as the first one it still has interesting information on it.  Here you can find his current projects, visit the picture gallery, or watch some of his short video clips.  This site is created merely by fans and is no way affiliated to him.