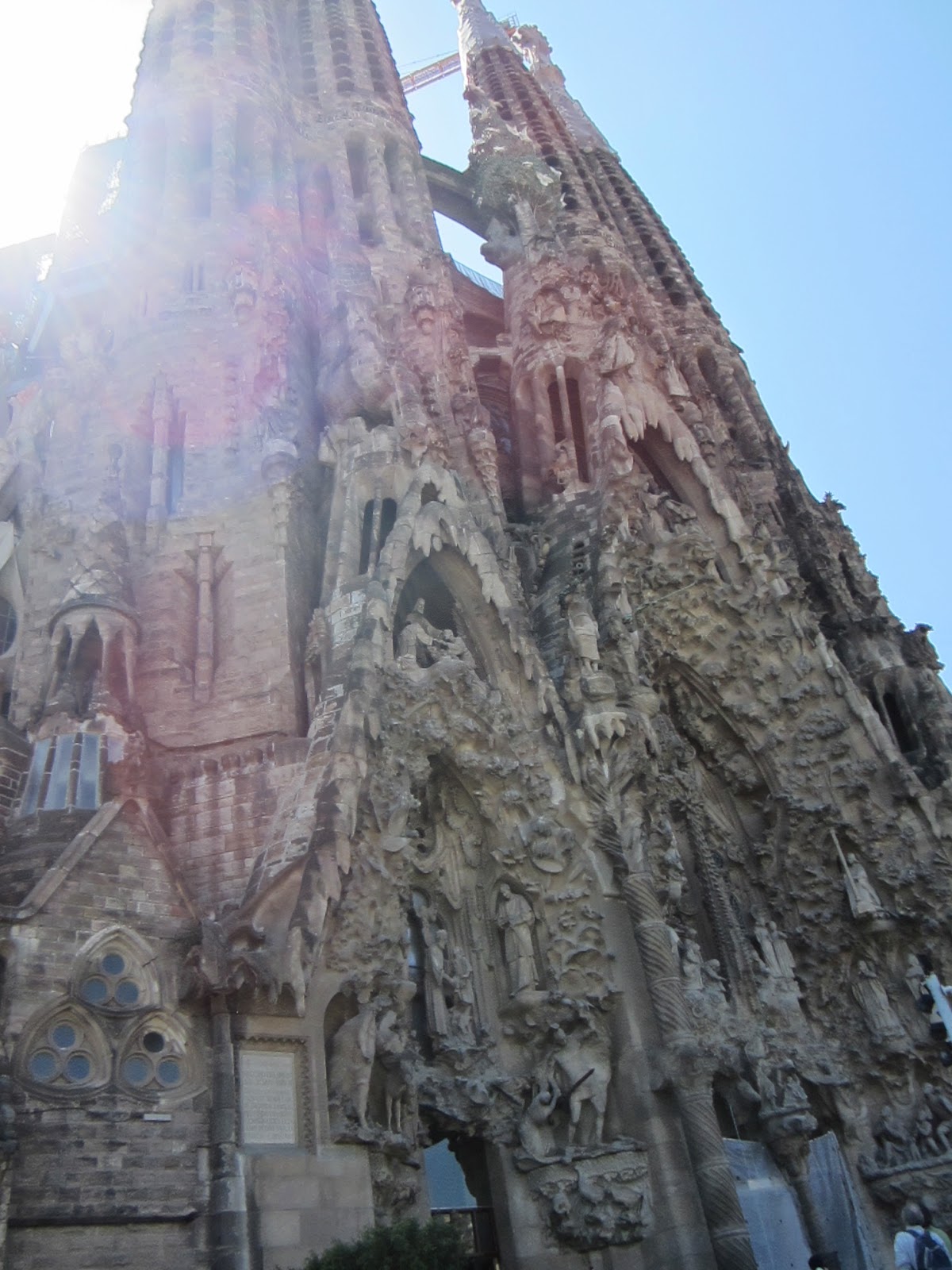 My own personal photo of the Sagrada Familia from the base

Antoni Gaudi was born in 1852 and is best known for his modernism and individualized style when it comes to architecture. After visiting Gaudi’s biggest project, Le Sagrada Familia Cathedral on my trip to Spain I was amazed by the monstrosity standing before me. When Gaudi took over the project he completely changed the original plans to reflect his passions of nature and religion. When Gaudi died, only one of eighteen towers were finished along with the apse and crypt. But he left behind plans and drawings for the generations to come to finish it, in which he included the expected changes of styles over the years. I think what is so amazing to me is the fact that throughout his life and construction of the cathedral Gaudi was changing his own plans often to make every detail exactly how he wanted it to be, each tower, fruit carving and all the intricate designs represent something significant to him. It, along with all his other creations are left behind for everyone to enjoy and a huge symbol to remember the impact Antoni Gaudi had on architecture in his time.

1. This first link has background detail on Antoni Gaudi’s life and how he changed the face of architecture in the late 19th and early 20th century. It also includes descriptions of the main properties in Barcelona built by Antoni Gaudi which includes gardens, sculptures, decorative arts and architecture.

2. This link goes into more detail on Gaudi’s seven main landmarks around Barcelona, and even provides tour options to visit all his buildings in one trip.

3. Lastly, this link highlights in detail Le Sagrada Familia Cathedral, Gaudi’s biggest and most amazing project, which is still in the process of being built after 100 years.