The Tallest Man on Earth
By Daniel Linnell 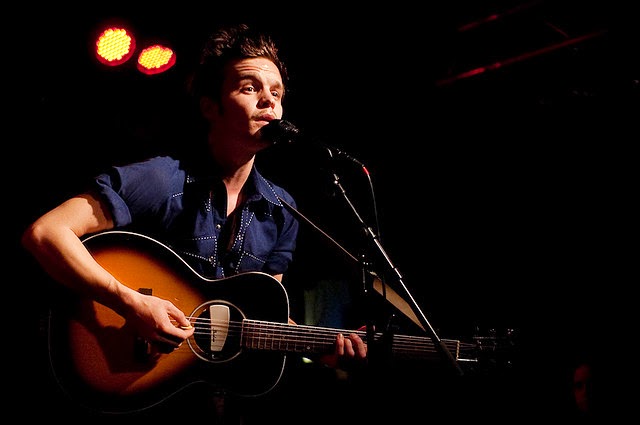 Kristian Matsson is the artist that is better known as "Tallest Man on Earth".  His work has demonstrated the power of imaginative lyrics that blends his stream of consciousness into a form that connects readily with the human spirit.  The undulating folk music that is inspired by American singers such as Woodie Guthrie, Bob Dylan, and Johnny Cash.  Even though he grew up in Sweden with a culture that had roots closely connected to American music, it is clear that his true inspiration comes from those that he is nearest and dearest to.  His home in a remote village in Sweden where he writes and records his music along provides some of the scorching insights that conjure so easily.  Its not hard to see where else he finds strength to make such moving performances when he has his companion, muse, and wife Amanda Matsson on stage singing by his side. 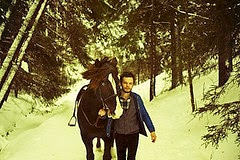 While he started playing classical guitar at fifteen, he has obviously strayed away from the cut and dry, cookie cutter style of music and has gravitated toward a system of open tuning which has allowed him to articulate his poetic styling's while still intricately finding his own voice.  That voice that seems to have matured since his first album, "Shallow Grave" has now added several different types of back-up instrumentation that give depth and vitality to his voice and acoustic guitar which alone provided his music before his latest album, "There is no Leaving Now".  Along with instrumentation he seems to have found themes that are more developed, cleaner, and well polished.

This website shows you a look at where the artist originated, or better yet gives you the reader a feel for some of the earlier work that established Tallest Man on Earth before he became well known.  But well known he became and his unique voice and poetic smatterings are what landed him where he is today.
http://en.blogotheque.net/2009/04/13/the-tallest-man-on-earth-en/

This next website is a description from his current American label that his was picked up by after his first album, "Shallow Grave".  I think this is a great website to look at to generate even more context to this artist who toured independently during the beginning of his career.  It also gives you a bit of information regarding where he started to be able to play and what venues began to recognize this artist as someone who was really making a name for himself and why.
http://www.deadoceans.com/artist.php?name=tallestmanonearth

This little article that may seem unsubstantial to many of the readers really does a great job of giving deep insight into who the artist is and maybe why some of his music has such dark themes.  Not to mention it gives him context for what gives him some of his inspiration and a true look at who the artist is.
http://www.npr.org/2012/06/11/154505375/the-tallest-man-on-earth-tired-of-running

Above are some of his favorites by NPR and mine too!