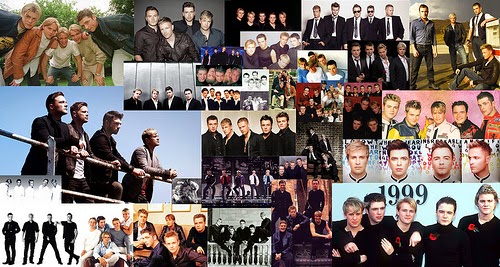 Growing up as a non-native English speaker, Westlife was one of the biggest inspirations and played a significant role in my learning process. They were at their peak in the 90s and 2000s, with the original line-up consisted of Nicky Byrne, Kian Eagan, Mark Feehily, and Shane Filan until Brian McFadden joined the group in 1998. Their emphasis was mainly Pop ballads, though they sometimes tried Jazz and Pop-rock. Apart from singing, the band was also gave a lot to charities. Their remastered song "I Have a Dream" collaborating with Indonesian singer Sherina Munaf was used to support a UNICEF fundraiser. They were also involved in the Helping for Haiti charity, Comic Relief, and the Irish Blood Transfusion Service. I remember hearing their lively Pop songs wherever I went, and in those days, it was really a shame for even asking who Westlife was. Then I came to the U.S and it surprised me that the band did not make that much of reputation in the country, except for their one hit single "Swear It Again."It broke my heart the day they went their separate ways in 2012, but the influence of this one-of-a-kind Irish boyband is still with me up until this day.

The Official Site Westlife
This is the official website of the band where you'll find their biography, as well as more photos, and if you find the band interesting, there is a music store also.

Westlife Fanpage
What's the best way to get connected with the band other than their Facebook fanpage? Though the actual group is separated, each member is having his own projects and albums. They can never stop singing! To get the latest updates or even just a quick glance at all the silly things they're doing, this website is the place to go.

Westlife VEVO on Youtube
This is the Youtube link to the band's VEVO where you'll get to listen to their songs and videos.

Hope you'll enjoy their music and find them as inspirational as I did!