Tupac Shakur was more than just a rapper. During his short 25 year life he tackled the music industry, activism, government and police injustice, and even movies – which catapulted him to cultural icon status. Often referred to as the greatest rapper of all time, 2Pac’s versatility and deep messages influenced people all around the world. While the subject matter in his music contained drugs, violence, and plenty of profanity, it was just a reflection of his reality. He painted stories of his life through his music and his art revealed the realities of hardship in the inner cities and social problems. Some of his deepest songs inspired revolutions across the country. “Keep Ya Head Up”, which is an ode to respecting women became the anthem for the feminist movement. “Changes” highlights the struggles and injustices living as a young black man. Shakur’s untimely death (he was shot and killed in Las Vegas) in 1996 is still discussed today. Some believe he faked his death, while others say the police have been hiding what really happened. Some even believe his murder was orchestrated by Puff Daddy (also known as Diddy), manager of his East coast rival The Notorious B.I.G. (who was also killed soon after). Regardless, to this day he has sold over 75 million albums and is one of the most important figures of our time. His art still resonates today and he is often cited as the biggest influence for today’s popular rappers such as Eminem, Kanye West, Jay-Z and Kendrick Lamar. His messages and voice are still relevant today, 20 years after his death. A major motion picture biopic on his life is currently in the works. 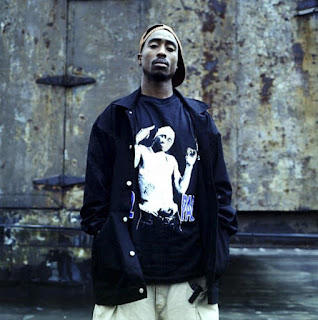 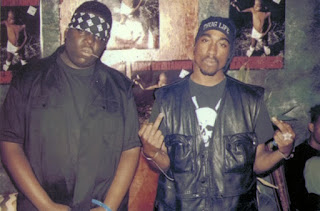 2Pac and The Notorious B.I.G. (also known as Biggie Smalls) before they became sworn enemies 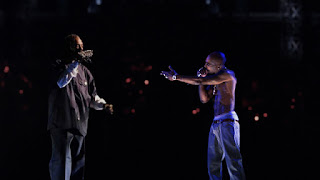 Keep Ya Head Up (1993)
"And since we all came from a womanGot our name from a woman and our game from a womanI wonder why we take from our womenWhy we rape our women, do we hate our women?I think it's time to kill for our womenTime to heal our women, be real to our womenAnd if we don't we'll have a race of babiesThat will hate the ladies that make the babiesAnd since a man can't make oneHe has no right to tell a woman when and where to create oneSo will the real men get upI know you're fed up ladies, but keep your head up"

Why Tupac Is Still the Most Important Rapper Of Our Generation

This article remembers the importance of Tupac's life, art. His influence spans not only in the hip-hop world, but into other facets of society such as Maya Angelou's work.


"Whatever He Was Rapping About, It Was Urgent" - Eminem

Eminem, the most successful rapper of all time and the most successful music artist of the past few decades, shares how 2Pac was his biggest influence. He reflects on the importance of the issues 2Pac talked about and how his legacy still lives on to this day.

2Pac's unsolved murder case has become a cultural phenomenon and there have been countless theories on the incident. These are the four most popular theories on what happened on that tragic night in Las Vegas September 13, 1996.
Posted by Unknown at 4:57 PM
Newer Post Older Post Home