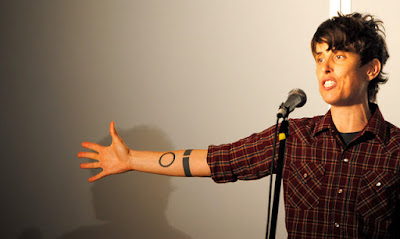 Andrea Gibson's poetry centers around social activism, gender, sexuality, war, feminism, love, and so much more. Andrea went to their first open mic in 1999, at the age of 24, in Denver when they moved to Colorado with their girlfriend which was their inspiration to become a spoken-word artist and 2008 became the first poet to win the Women of the World Poetry Slam. Andrea describes their first works as essentially 'rally cries.' Andrea said in an interview with Autostraddle that they were with a group called Vox Feminista whose motto was "to comfort the disturbed and disturb the comfortable" during a peace march near a military base in Colorado Springs. The military base began throwing tear gas and standing next to Andrea was a 5-year old girl about which they said "I will never forget the look on her face. That face is in almost every poem I've written." Today, Andrea performs around the country as one of the most admired poets and activists of our time. 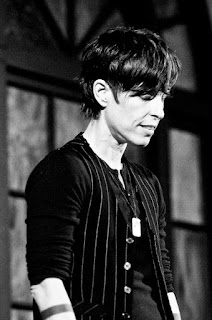 http://www.andreagibson.org/
If you want more information about Andrea Gibson, this is the website to go to. At angreagibson.org you can buy their products (books, albums, even t-shirts), read their bio, and watch videos of their performance.

http://andrewgibby.tumblr.com/
This is Andrea's tumblr blog, they post pictures and quotes from their latest work and performances.

http://www.autostraddle.com/andrea-gibson-the-autostraddle-interview-170378/
This is where you can find an interview with Andrea Gibson for Autostraddle. The interview gives a lot of insight about what/who inspires them, their life, their activism, and what gives them hope. 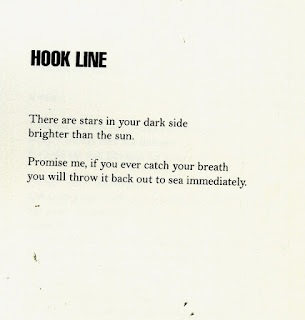