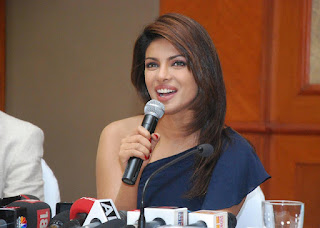 Priyanka Chopra born July 18, 1982 is an Indian actress, singer, and also the winner of Miss World pageant of 2000. At the age of thirteen, she moved to the United States to study, and attend school in Newton. During her teenage years in America, she faced racial issues sometimes and was bullied for being Indian by one of her classmate and for that in one of her interview she has said, " I was a gawky kid, had low self-esteem, came from a modest middle-class background, had white marks on my legs..But I was damn hard working. Today, my legs sell 12 brands." These words by Priyanka just inspired me to not to give up. She's one of the highest paid actress and most popular worldwide. She has received so many awards like National Film award, fourth highest civilian award and recently Time named her one of the 100 most influential people in the world.  Even though, she was already very famous in India, but in 2015 she make her county proud when she began starring as Alex Parrish on the ABC drama series Quantico, becoming the first South Asian woman to headline an American network series. In addition her acting career, she has also released three songs. Her First single, "IN My City", debuted in the US on September 13, 2012 but she gained the fame when she released her second single in July 2013, "Exotic" featuring American rapper Pitbull. She supports various causes related to the girl child through her foundation "The Priyanka Chopra Foundation for Health and Education". Shes a believer in feminism, also speaks about women's rights, gender equality, and gender pay inequality. 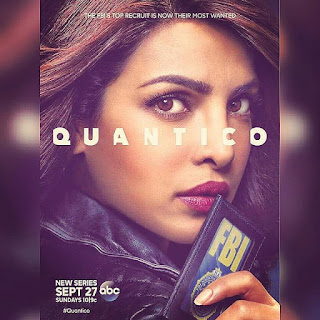 http://www.popsugar.com/celebrity/Priyanka-Chopra-Interview-Glamour-Magazine-April-2016-40602764
This is a link to her interview where she described the moment her father helped her find confidence.
In this interview when she got asked by media about on being bullied in Hugh school, she said, "It broke my spirit, It made me question who I was? Why was it so uncool being Indian?

http://www.theguardian.com/film/2016/feb/28/priyanka-chopra-interview-bollywood-us-tv
Another link to her interview which inspired me most because in this interview she stated, "I'm not arrogant, I'm self-assured.

http://www.usatoday.com/story/life/tv/2015/10/27/priyanka-chopra-india-abc-quantico-star/74598088/
This website talks about her ongoing TV series "Quantico" which made her famous in the United States.