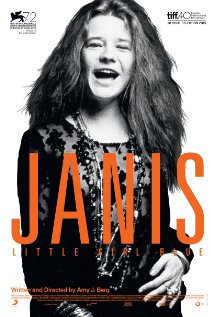 After spending a lazy Sunday flipping through Netflix documentaries I stopped on a title with a women's soulful smile gleaming across the cover. The smile drew me in, and Janis' story made me love her. What made me so infatuated with Janis was she wasn't afraid to be herself. From being an outcast in high school, to being the lead singer in an all boys band during a time when girls were expected to be proper housewives; Janis never followed the norm. There is much beauty in Janis' unwillingness to conform as she set out to underground Blue's clubs as a teenager. Janis' career was so respectable because it was not built off of looks and glamour, but true talent and rigidness that made this outstanding women so unique. Janis was not going to settle being a man's housewife because she WAS THE MAN. She drank like a man, took her drugs like a man, and she swore like a man without hesitation on who she was offending. I admire her boldness and hope that one day I can acquire the kind of sexiness Janis acquired through stepping over boundaries and giving the finger to anyone who told her she couldn't do something. Somehow she still managed to keep a big and soft heart that shown through her big personality and gleaming smile. She strode through life with a heavy foot and a booming love for everyone that crossed her path. Janis is hope to me.

Articles Revealing Janis:
http://www.vanityfair.com/culture/2015/11/janis-joplin-little-girl-blue-documentary-interviews
The sixties version of a women did not stretch past a housewife and proper lady for substance, and Janis did not want any part of that. Janis trail blazed a path into a "man's world" armed with thick skin and a bold personality that allowed her to hang with the boys. But behind Janis's though exterior was a sad and lonely heart that Janis could not fill. 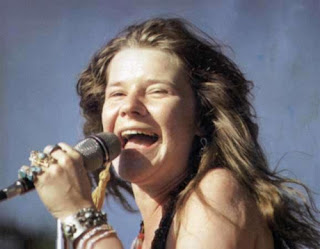 
http://www.npr.org/2014/11/29/366614537/backstage-with-janis-joplin-doubts-drugs-and-compassion
Janis did drugs to fill a space in heart. Her drug addiction and dance with heroin was because of the dragging loneliness that she felt. She would sing to a crowd of thousands of people then go home alone, the drugs lay with her at night. 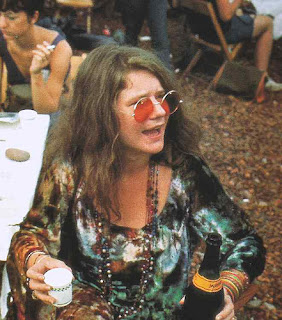 "To be true to myself, to be the person that was on the inside of me, and not play games.
That's what I am trying to do mostly in the whole world,
Is to not bullshit myself,
And not bullshit anyone else."
- Janis Joplin

http://ultimateclassicrock.com/10-things-you-didnt-know-about-janis-joplin/ - #5
A small glimpse into the trail blazer Janis was for her time; getting a tattoo was a very taboo thing to do in the sixties, especially for a women. 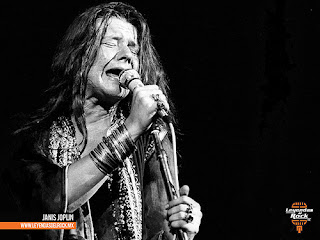 "Playing something soft while Bobby sang the blues..." - Song, Me and Bobby McGee