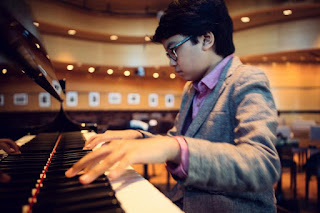 Having taught himself piano by age 6, Joey Alexander is the very definition of a prodigy. Joey Alexander, a young boy originally from Bali, made his debut in the United States at age 10- at which time his jazz compositions and stellar piano skills had flexed nationwide. I had heard his arrangement of "My Favorite Things" in a Starbucks, and was convinced it had been performed by a proficient pianist of at least middle age. When I learned that the boy was 11 at the time of my hearing his work, I became an instant fan. His story in itself is inspirational, but his music is in another league. He has mastered the art of jazz improvisation, which at my age I still
struggle with greatly. Overall, Joey Alexander has helped motivate me to become a better musician.

This is Joey Alexander's website, which includes his biography, along with music samples and tour dates for his live performances.

This article was posted in 2015, when Alexander was only 11 years old and just making his debut in the United States.

This article was posted when Alexander was 13 years old, and was nominated for a grammy with his album, "My Favorite Things". In this article, he charmingly insists that he is not a genius or a prodigy, he only wants others to enjoy his music. 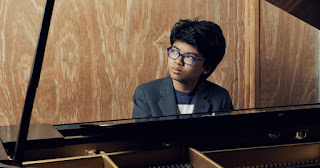