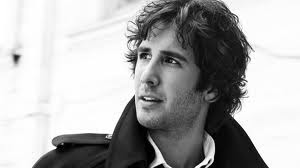 Josh Groban is far from average in regards to his incredible ability to sing and captivate listeners. His style is one that has crossed over the borders between many genres; predominantly linking opera with pop. Though his style seems to defy any concrete classification, many have tried. The result has been awkward and contradicting labels such as ‘pop-opera’ or ‘classical pop’ and other hybrid genres of the sort. Regardless of his label, (or perhaps the lack of one) his music seems timeless.
A naturally gifted baritone, Josh Groban does not have to try hard in order to have a beautiful voice. However, he is adamant in voice training which in turn helps him to consistently be on key in vocal timbre as well as the vast range of notes he is able to hit.
I find Josh Groban worthy of sharing because he is both an incredible singer and an inspiring person beyond his talents. He has contributed to numerous foundations and selfless projects that speak to who he is as a person. As a result, the uplifting messages in his songs seem to deepen with meaning as listeners can believe in the sincerity of his words. His voice has touched the hearts of many genres as he has used his music as gate-way in order to uplift his listeners.

http://www.joshgroban.com/bio
This website is a fantastic place to start in order to get to know Josh Groban and his work on a deeper level. It offers everything from a short biography with previews and lyrics to some of his songs, to his own personal blog. His blog helps reveal more about who Josh Groban is behind the voice and the spotlight.
http://www.youtube.com/user/joshgroban
Josh Groban’s YouTube page is full of videos of both his live and edited performances. From his most well-known You Raise Me Up, to some of his lesser known songs, it is always a pleasure to watch the artist at work.
http://www.grobanarchives.com/interviews.html
This is a nice resource for learning what Josh Groban has to say for himself in regards to his musical career, specific songs, and his life outside of music.  The site contains a large number of interviews Josh Groban has done in his lifetime from 2001 until the present.
Posted by Erin K at 12:19 PM
Newer Post Older Post Home