Yiruma: River Flows in You 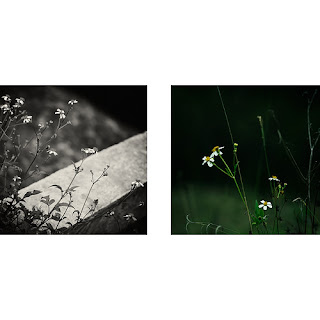 Started to play piano at the age of five and educated in Englad, Yiruma is an incredible well-known international pianist that caught the attention and hearts of many listeners. His birth name is Lee Ru Ma, and he was born on February 15, 1978 in South Korea. Yiruma started to make connections with music and play piano at a young age, and then attend The Purcell School of Music in England to study music. Later on, Yiruma carried out a composition major at the King’s College London. During his studies at the King’s College London, Yiruma was able to release his first debut album, Love Scene. However, this album was not the one that caught many ears and heart.

I came across with his music in 2006 when my friend played this piece of his music on the piano, River Flows in You from his First Love album. I was so amazed with this specific piece of his music that I instantly fell in love with it. First Love was the album that boomed and introduced him to public in a way that he was praised and loved. Followed with his second album From the Yellow Room, the most famous song in that album was Kiss the Rain which is also stunning and captivating. I love these two songs because they just touch your heart and give you goosebumps. Nevertheless, I felt so much love, and I was able to go along with the music and feel it so inside of me. Also, his music in my opinion is nothing much related to classical music like Mozart or Back, but more of a contemporary and modern feeling.

I will always remember and love the song River Flows in You. It gives me a developing feeling which is great. Yiruma are one of the small amounts of musician and pianist that can actually gain attention in the music industry. Yiruma went back to Korea, and he stated how hard it was bring himself in the music industry in Korea. But he did it. The Youtube link below is a live performance of Yiruma’s River Flows in You.
http://www.youtube.com/watch?v=1p_ebSseEq8

Yiruma wants to work and compose music for contemporary artists. He personally wants to create music that is not hard or complicated to listen to. He is looking forward to compose and write music for artists he looks up to.
http://sharingyoochun.net/2009/06/24/news-new-age-pianist-the-yiruma-supports-idols-eager-to-compose-songs-for-dbsk-super-junior-wonder-girls/

Digging into Yiruma’s life. He has a very good and understanding relationship with in his in-laws, such as his wife’s sister side.  Kwon Sang Woo is a well-recognized actor in South Korea and is married to Yiruma’s wife’s sister, who is also an actress in South Korea. A family full of talented people.
http://www.allkpop.com/2011/12/yiruma-opens-up-about-his-close-relationship-with-kwon-sang-woo