Named the King of hip-hop, Kendrick Lamar has stolen the spotlight in America and even in other parts of the world. I was first introduced to him back when I was still in high school. King Kunta was the first song I heard from him and it was appropriately while smoking a joint. The thing that struck me about him was the way he puts all the pain from his life into his wrapping while talking about modern day issues about race and politics. He's another in a long line of prodigy rappers coming from Compton in the last 4 decades but he's without a doubt the most popular and he deserves it. As someone who identifies with the struggle people of color face in America, his songs are a tribute to a remembrance of what has happened, what is happening, and what can happen in the future. 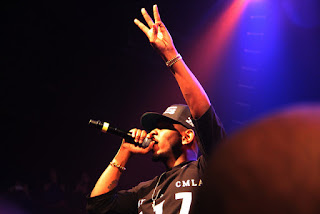 This is a great place to start to hear a little bit about his story and the experiences that shaped him. I especially like the part where he meets Dr. Dre.

Here's a really great interview with him. He talks about his creative process and also inspirations to him and about other artists.

And finally here is a recent headline that shows how far hip-hop has come and where it could be going. Kendrick and those before him and been huge in bringing social issues to the forefront of the American conversation and I can't wait to see where it goes!
Posted by Unknown at 9:37 PM
Newer Post Older Post Home