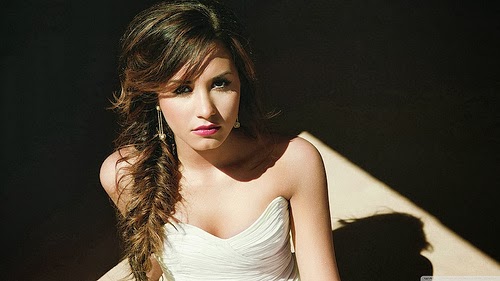 My favorite artist is Demi Lovato. Demi has been working towards her dream of being a famous actress, singer, and dancer ever since she was four years old, and she has never given up. She started acting as a child, making her first appearance in Barney & Friends and by 2008, she starred in Disney's Camp Rock. When producers realized she could sing and dance, she got a contract with Hollywood Records. Her first album Don't Forget was a huge success, debuting at number two on the Billboard top 200 list. In 2009, Demi starred in a television series called Sunny With a Chance. Six months later, Demi released her second album, Here We Go Again, selling 108,000 copies in the first week. She bought her family a 2.25 million dollar house when she was just 18.  In 2011, she released her 3rd album, Unbroken, which sold 110,000 copies in the first week. Demi also worked as a judge on The X Factor for 3 years. During that time, she released her 4th album, DEMI. In her career, Demi has won 65 awards from People's Choice Awards to Young Artist Awards.

In November 2010, Demi's personal issues became more serious, and she ended up going to a rehabilitation center for three months. She dealt with eating disorders, self mutilation, drug addictions, family problems, and bipolar disorder. Instead of pushing everything aside,  Demi has taken a stand in philanthropy, courageously using her personal struggles and growth to help others. She has brought light to serious issues that people rarely talk about but need to, and has partnered with several different organizations and charities supporting unity and self confidence such as Mean Stinks, STOMP Out Bullying, Love Our Children USA, and Kids Wish network. She also created a scholarship in honor of her Dad to help supply treatment to people who need it. She also started to incorporate her experiences into her songs, and publically spoke about these taboo issues. She also wrote an inspiring book and released it this year about daily life lessons and support for people who need it.

http://en.wikipedia.org/wiki/Demi_Lovato
This site includes more specific and detailed information about Demi Lovato's work and personal life. There are also pictures. This site also includes information about she has worked with in the music and acting industry.

http://demilovato.com/
This website has information about her current tour, playlists of her songs, and media supporting her. There is also more information her successes and charities.

http://www.imdb.com/name/nm1416215/?ref_=nv_sr_1
This site gives more details about the shows and movies Demi was in, and more information about her personal life and family.