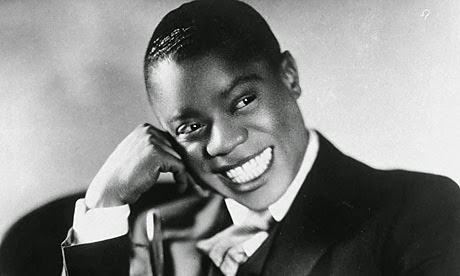 I find Louis Armstrong and his work intriguing because he achieved goals far beyond what his music was intended to do. He broke down racial barriers and stereotypes. Not only that, but he brought an entirely new genre of music into the mainstream of the roaring twenties and helped define the decade. Jazz has always been a favorite of mine, and Louis an inspirational figure. His work has stood the test of time and so has his up-beat, jazzy spirit.

This link will be particularly helpful for those who want to do additional research on Louis Armstrong. Anytime someone or something of importance is mentioned, you are able to click on the name and be brought to a link with an abundance of information on the subject.


This website is especially informative because you can listen to different songs of his as you read along with the article. Not only that, but those samples are very strategically placed. They are placed in chronological order and fit within the storyline. There are also sections done by Jazz critic Stanley Crouch in which he presents an overview of Louis "Satchmo's" life and music.

This site describes Louis as a "cultural legacy" and tells us about his upbringing and family, among other details. It also includes photos of Louis family, posters, and record covers.