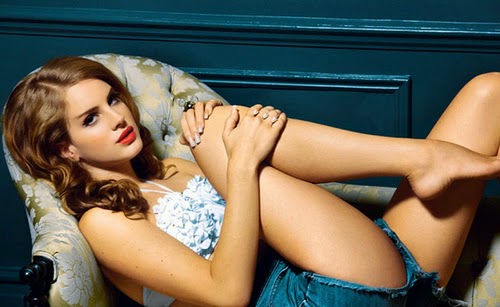 “My goal is to be a good person who lives with dignity and grace.”


Lana Del Rey, real name Elizabeth Woolridge Grant, is an American singer/songwriter from New York who became an instant internet sensation after posting her first single in 2011, "Video Games". However, her first song "Kill Kill" was released under the name Lizzy Grant in 2009. Before becoming famous, she was a teenage alcoholic who cleaned up her act and then went on to study metaphysics at Fordham University. After signing her first contract, she moved into a mobile home in New Jersey; when her first album got shelved, she went on to help addicts and the homeless. Also, shortly after her single hit was released, Lana won a string of awards, including Q's Next Big Thing award, and Pitchfork's Best New Song.

There are a lot of people who might believe that Lana Del Rey is a bad role model but in my opinion I find her to be an inspiration to women and I have a lot of respect for her turning her life around and really becoming somebody. I like brave women who are truthful about their experiences, and Lana Del Rey has proved to be one. She writes her own music, takes control of her image, she has a unique sound, and she’s honest in interviews. She’s a woman blazing her own career, even though it failed the first time she tried, as Lizzie Grant. So she changed her name and kept going, worked hard, and now she’s met with success.

The article below discusses the life before Elizabeth Woolridge Grant was a star and how she grew to become Lana Del Rey. It starts off by discussing her love for her fans and how she will fight through an illness and perform in order not to disappoint her fans. It then goes on to discuss her life, the present and past, and also her music.
http://www.thefader.com/2014/06/04/cover-story-lana-del-rey-is-anyone-she-wants-to-be

The link below is an article discussing Lana's fixation on mentioning famous icons in her music such as Marilyn Monroe, Elvis Presley, etc. The main theme of the article is that Lana Del Rey is who she is and she doesn't care what anyone says or thinks about her.
http://www.complex.com/covers/lana-del-rey-interview-against-the-grain-2014-cover-story/

The following link is Lana Del Rey's first commercial hit "Video Games", which is responsible for sparking up her success.
https://www.youtube.com/watch?v=cE6wxDqdOV0