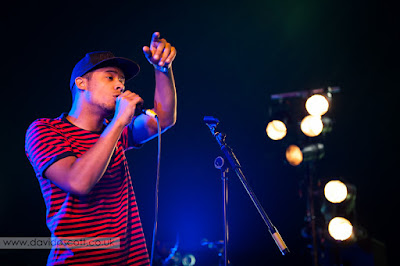 When I was younger, I always thought about what it would be like to be older, what it would be like to be independent. Throughout the last years of my life, I've had an extreme struggle with growing up. Thats what drew me to Raleigh Ritchie, when I heard his song "Time in A Tree". In this song he digs deep into the roots of childhood and the childhood amazement you had but lost along the way. He writes beautifully and a lot of his music really hits that spot for me. Not only that, but he was a Game of Thrones actor as well, and me being a huge fan of that show absolutely was enthralled with him. His lyricism can be seen as simple at times but it does what it has to beautifully, and like I said earlier, he captures childhood imagination. In Time In a Tree my favorite lyric is "You could be a wizard, you could be in NASA, you could write fiction, you could tame raptors". This lyrics really hits for me because it reminded me of when I was a kid and I had plenty of ideas of what to do with my life and the world was truly my oyster. Raleigh captures the childlike essence perfect, and no song has ever stuck with me like that one has.

https://wwd.com/eye/people/game-of-thrones-actor-jacob-anderson-on-the-trials-of-being-raleigh-ritchie-1203128680/
This article discusses his journey being a musician and an actor. He uses the pseudonym Raleigh Ritchie for music and his real name for acting. Now that Game of Thrones is over he delves into that.

http://raleighritchie.com
This is just his website. Theres links to his songs on there that are the most popular, and information about him in general.


raleigh-ritchie-jacob-anderson-new-album-interview
In this article he discusses a lot of his influences, including Amy Winehouse and also talks again about managing Game of Thrones and his music career. He talks about his perfectionism as well.