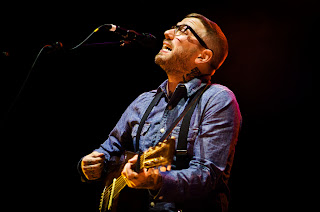 Hailing from St. Catharines, Ontario, Canada, Dallas Green has established himself in the music scene through his past band, Alexisonfire, which has been nominated for various awards. While part of that band, he began his solo side-project, City and Colour, for which he is the vocalist, guitarist, and main songwriter. His style is a mixture of acoustic folk music, and alternative rock. His lyrics and emotion behind his composing is what draws me towards liking his music. He has a very accessible sound, to which I think many people would enjoy, no matter what age. This has been shown by his multiple music awards, which he has won in various categories. The topics of his songs stretch further than just the typical ballad style, many of which have impacted me in some way. I share his music in hopes that he may have the same effect on others. 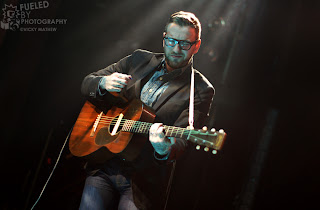 http://cityandcolour.ca/
-The band's official site. Fans can keep up on his official releases, and upcoming events through this website.

http://www.facebook.com/cityandcolour
-The band's official Facebook page. Fans can get more immediate updates than the official site, and get access to exclusive news through "liking" the page.

http://en.wikipedia.org/wiki/City_and_colour
-This page gives a brief history of the band, the various award nominations and wins that have been accumulated, and the discography and releases by the band.
Posted by Skylar Ayres at 4:10 PM
Newer Post Older Post Home