Eddie Van Halen is one of the most skilled guitar players alive, if not of all time. EVH was born in the Netherlands, but began music lessons at a young age when his family moved to California. Although he took formal piano lessons, EVH taught himself how to play guitar. He even builds his own guitar, for example the infamous “Frankenstein”. Not only has he created an internationally known band with his brother, he has yet to be content. He is constantly trying to improve his skills and pump up his creativity. One of my favorite examples is when EVH used a Makita power drill to play his guitar, giving the song “Poundcake” a distinctive beginning (see video). His style is completely his own and you can pick out his guitar in any setting, even during Michael Jackson’s “Beat It”. He is my favorite artist and I have seen him live twice, which is even more amazing. In the last 30 years he has overcome divorce, oral cancer, losing a third of his tongue, three different lead singers, and a battle with drugs, and now he's touring once again with Van Halen, worldwide. 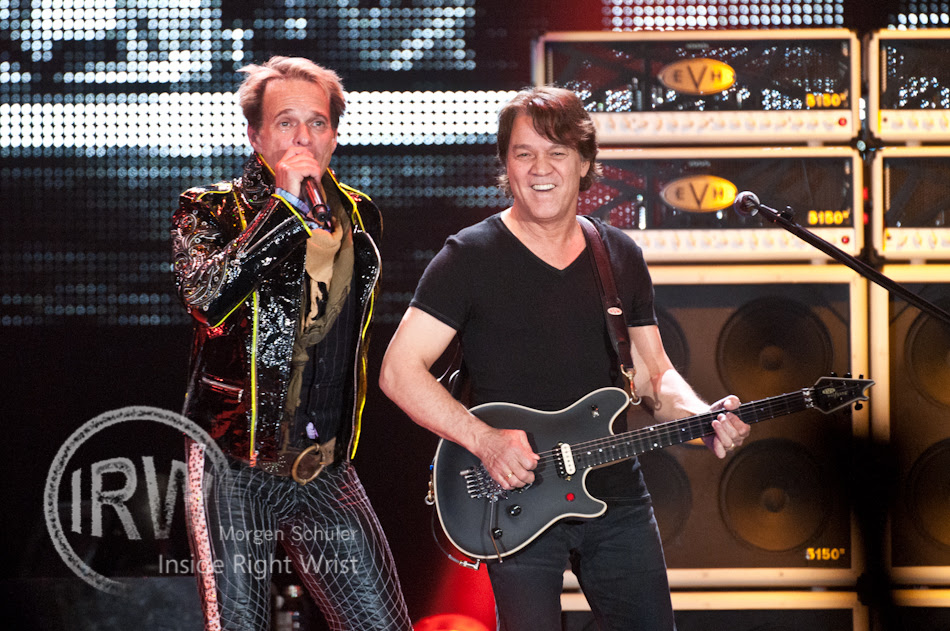 Eddie (right) on May 6, 2012 at the Tacoma Dome. To his left is David Lee Roth, Van Halen's original lead singer.

This is the music video for "Right Now" by Van Halen, which showcases EVH's immense piano skills. This is one of my favorite songs by Van Halen because Eddie plays both the lead guitar and piano in this song.

http://www.van-halen.com/ The band’s official website which has information on Eddie and there past and current tours and albums.

http://www.evhgear.com/ The brand created by Eddie for guitar enthusiasts. This shows how EVH is closely related with his skill, playing instruments.

http://www.biography.com/people/eddie-van-halen-9542559 A brief biography of Eddie's life and the band's history.