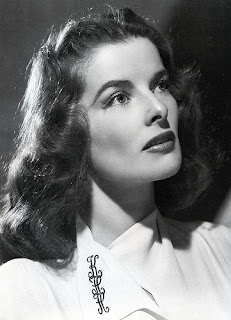 Katherine Hepburn was an actress whose strength, presence and gift of humor shined through in her many roles in movies, the theater and television.  What stood out about her was that she radiated strength, perseverance and intelligence at a time when women’s roles in life, as well as on screen, were often circumscribed.  She stood as a symbol, through her roles and her own life, of independence, character and sophistication.  In her own life, Hepburn was often outspoken, and did not worry about social convention.  Born in 1907, Hepburn launched her career on Broadway in her early 20’s.  After some disappointing film failures, Hepburn created her own opportunities by buying out her studio contract and purchasing the rights to 1940’s “The Philadelphia Story” in which she showcased her comedic and dramatic talents.   She showed her true mettle by taking the charge of her own fate and refusing to settle for anything but success.  Her illustrious career lasted well into her 80’s, and she earned four Academy awards along the way.  Some more of her best known movies are comedies “Bringing up Baby” and “Woman of the Year”, and dramas, “On Golden Pond” and “The Lion in Winter”. Her personal life was marked by a longtime love affair with fellow actor, Spencer Tracey.  It was also determined by her forthright, original and witty observations and opinions.  She was an unconventional woman who steered her own fate, defying social conventions in dress, outspokenness and marital choices.  She stands as a terrific role model for any person who wishes to live life in an authentic manner and who is willing to take risks and to strive to reach their goals. 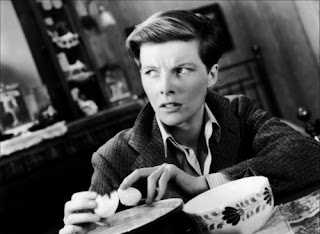 The following site contains a biography of Hepburn, as well as an overview of her long and varied career, and some memorable quotes.  http://www.imdb.com/name/nm0000031/bio


This is an interview of Hepburn in her late middle years which showcases her frank and spirited opinions on a variety of issues.  http://www.youtube.com/watch?v=v_iooSis7bk


This shows a couple of scenes from “The Philadelphia Story” in which Hepburn shows her comedic and dramatic prowess. She portrayed a high society character, which she did so well, and superbly portrayed vulnerability within the veneer of the upper crust, while maximizing the humor inherent in nearly every scene. http://www.youtube.com/watch?v=nH2DKZ-2m74
Posted by E. Robinson at 10:31 PM
Newer Post Older Post Home