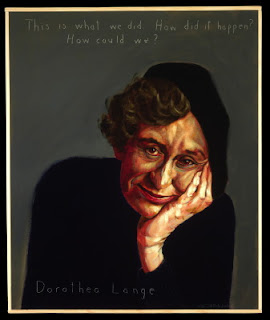 "The camera is an instrument that teaches peoplehow to see without a camera."
Dorothea Lange (1895-1965)

Dorothea Lange was an American photographer, best known for her influential work during the Great Depression-era. Lange captured the effects of the Depression through her photography and impressively influenced the development of documentary photography as well. She was born on May 26, 1985 in Hoboken, New Jersey; where she went through a rough childhood. Dorothea contracted polio at the age of 7 and was left with a limb. This disorder transformed her life, as she stated- "It formed me, guided me, instructed me, helped me and humiliated me. I've never gotten over it, and I am aware of the force and power of it”.
Dorothea Lange studied her passion of photography at Columbia University and worked at a New York portrait studio with a famous portrait photographer, Arnold Genthe. Her independent personality led her to travel and move to San Francisco in 1918; where she further pursued her studio work in the 1920’s. The social turmoil caused by the Great Depression steered Lange to the streets where she acquired some of her best work. Her most recognized image, Migrant Mother, Nipoma, California, 1936 is now in the Library of Congress collection. Also, during World War II Lange documented the imprisonment of Japanese-Americans in camps and then went on to work along with women and members of minority groups in California shipyards. During 1950’s and 60’s, Lange traveled to Vietnam, Ireland, Pakistan and India; where she composed many photographic essays for Life magazine.
Dorothea Lange was an influential figure, not just through her work but also as a human being. She was able to capture emotions and struggles of people who endured harsh living environments. Her disadvantaged childhood impacted her work that reflects compassion and deep empathy for her subjects. Dorothea Lange captured and documented the social upheaval and silent sufferings of people, not only in America but around the world as well.

Some of Lange's work: 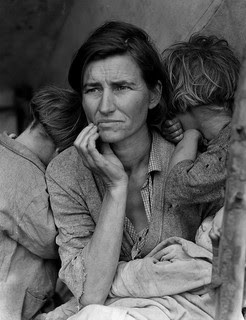 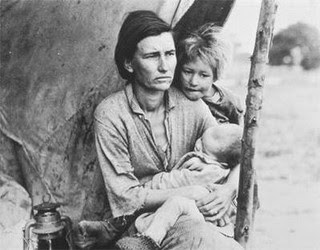 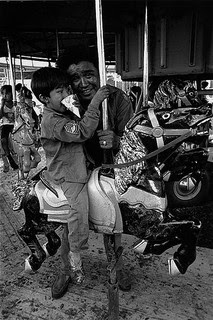 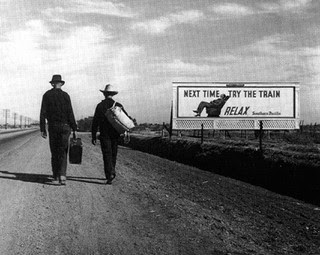 http://www.myhero.com/go/hero.asp?hero=d_lange This website offers  information on Lange's personal life, personality, travels, and her work. It also includes some of the famous quotes by Lange that reflect her thoughts about photography.

http://www.shorpy.com/dorothea-lange-photographs This Link will provide you with Lange's accomplished work.

http://www.facebook.com/pages/Dorothea-Lange/108306589190438?sk=wiki This is a dedicated Facebook page to Dorothea Lange. Where you can view a summary of her biography and also participate by "liking" the page.