Iron and Wine
Sam Beam, better known as Iron and Wine, is an indie-folk singer-songwriter whose simplistic acoustic musical arrangements, mixed with lyrics that create imagery and evoke emotion,  have lead to an increase in the popularity of this music genre.   For over seven years, while working as a community college cinema professor, music was Beam’s hobby.   When a friend lent him a 4-track recorder Beam began recording songs he had wrote late at night, in a quiet and hushed tone, as his wife and children slept. He eventually made a demo tape of his recordings, which lead to a contract with the Seattle based Sub Pop Records.


Beam's debut album in 2002, The Creek Drank the Cradle, was recorded entirely in his own home studio, with Beam as the songwriter, singer and producer. In that same year Beam recorded a cover of Such Great Heights, which in 2004 would become the song that exposed him to a much wider audience through its inclusion in the soundtrack and film, Garden State, and  its use in a commercial for M&M’s.  His second full-length album, Our Endless Numbered Days, was recorded in a professional studio and has more layers in its sound, while still maintaining Beam’s unique style of music.  Beam's songs focus on lyrics which asks questions that are easy to relate to for all listeners and each of his albums has an overarching theme or message.  In Beam’s later album releases he has continued to add to the sound of his music, with his most recent release in January of 2011, Kiss Each other Clean, being more of a departure from his indie-folk beginnings.

Beam’s music has been featured in television shows including Grey’s Anatomy, House, M.D., The OC, and Friday Night Lights, as well as in the film Twilight.  Sam Beam has proven himself as a prolific artist with Iron and Wine and his soothing acoustic musical arrangements with profound lyrics that tell part of story, allowing the listener to find their own  meaning and ending,  should not be missed.   More information on Iron and Wine and Sam Beam’s music can be found in the links below. 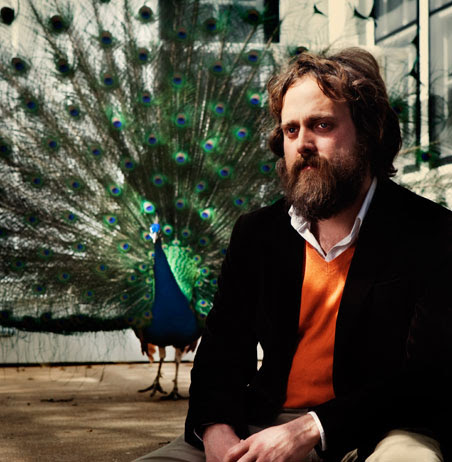 http://www.ironandwine.com/
This is the official website for Iron and Wine.  The Community tab is a place for fans to post photos and videos, as well as post on discussion boards on a variety of topics, ranging from interpretations of lyrics to rumors of upcoming tour dates.

http://pitchfork.com/features/articles/7911-iron-wine/
Insight into Sam Beam of Iron and Wine is weaved into this two part interview that takes place in his home near Austin, Texas and in a recording studio in Chicago.

http://www.relevantmagazine.com/culture/music/features/24224-iron-a-wines-bearded-genius
This article discusses Beam's inclusion of many biblical characters and themes in his music.  While not a Christian, Beam has a strong awareness of the Bible and the presence and place religion has in our culture.