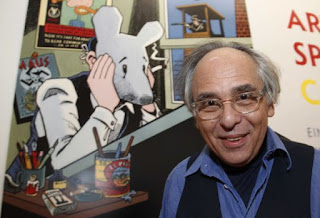 I recently learned about Art Spiegelman. He is married to his designer and editor Francoise Mouly.  Spiegelman is a cartoonist, most well known for his graphic novel "Maus".

Spiegelman also inadvertently discusses how being in concentration camps affected the psyche of his father, and how that affected his own upbringing. There are several instances in which he has trouble dealing with his identity.

"Maus" is the first graphic novel to ever win the Pulitzer Prize. 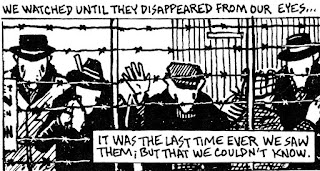 Here is a more extensive biography, including video interviews, and other works by Art.