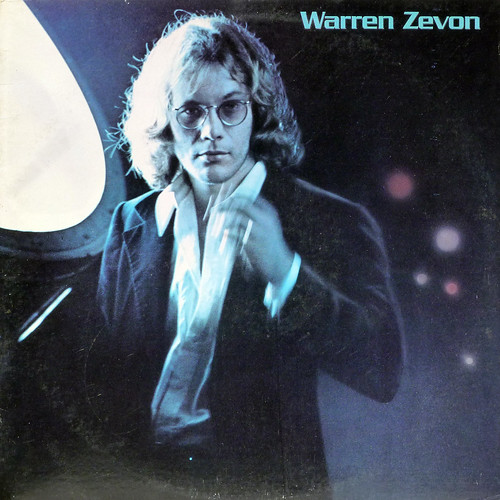 Warren Zevon has
always been apart of my life; he was and still is my mother’s favorite artist.  Zevon’s music has always been different from any other music to me emotionally.  I can listen to his songs closer to his death when I’m sad, or his funny songs like Lawyers, Guns, and Money when I’m in a good mood. The thing all his music has in common is that you have to really listen to the words and melody to appreciate the quality.  Some of my favorites are the ones with orchestral accompaniment because they are so intricate.  I find the fact that most of his music is in minor keys interesting since most popular music is in majors.  Zevon was diagnosed with an inoperable lung cancer and a year later died.  While I was too young at the time to appreciate it Zevon spent the last year of his life working on an album.

Wikipedia has a comprehensive summary of Zevon’s life before and during his music career.

Rolling Stone wrote an article after Zevon had died.  They gave a basic summary of his life and gave information about what caused his death.  Also, they wrote of his latest released album The Wind.
Posted by AJ Surrette at 1:42 PM
Newer Post Older Post Home