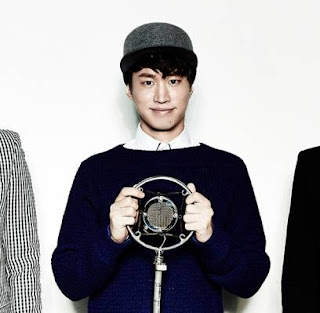 TABLO
Tablo (Daniel Armand Lee) is one of the most famous rappers in South Korea. He is also the leader of a South Korean hip hop group called Epik High. I have heard of his songs ever since he debuted in 2001, but was never a huge fan of his until I came across his newest album “Shoebox” last year. Out of so many musicians I know, I call him my favorite because not only that I like his songs, but because of his kind advice that he gave to his fans and the share of his hard past at his recent concert in Seattle. As Tablo and Epik High was getting really popular in South Korea, Tablo had to face one of the biggest struggles that he has ever went through in his life. In mid-2010, a group of internet users raised doubts about the academic background of Tablo. Some people thought that Tablo could not have graduated from Stanford University with both a Bachelor’s degree and Master’s degree in English and Creative writing in just 3 and a half year. Tablo fought against those people and proved that he actually did graduated from Stanford University by making a documentary film of himself actually visiting the campus. I personally think that he shouldn’t had to go through all the hard times that he had just because of those anti-fans, but it definitely made him stronger today. His music really touches my heart and I really wish Epik High grows more to be a worldwide hip hop group someday.

This link has some descriptions of the hip hop group he is in (Epik Hig)
http://www.ygfamily.com/artist/About.asp?LANGDIV=E&ATYPE=2&ARTIDX=50

His most recent alum (Shoebox)
https://www.youtube.com/watch?v=uXtn5rp_wVc

The interview of Tablo about his life, his music, and himself
http://www.dazeddigital.com/music/article/23111/1/how-tablo-of-epik-high-pushes-korean-hip-hop-forward