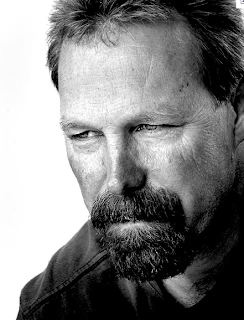 Natural talent is what makes the self-taught photographer’s work stand out. Bruce Haley is a California native that has traveled around the world capturing war, post war, social conflicts and cultures. He is one to aspire to because he is not the photographer that is taking scenic pictures; he is the photographer taking risks to capture conflicts and problems of the world. His photographs are unique because the majority of them are done in Black and White, which gives the photo a realistic and dramatic effect.. Throughout Haley’s portfolios he captures stories of people who have been living in what Haley is photographing. One example is in his portfolio on the civil war in Burma, which he has won the Robert Capa Gold Medal Award for. The photo is of a young man with only a left eye and a bloody knife. On Haley’s website, he talks about how this young man’s parents were murdered in front of him and he got a blow to the head by the Burmese government. Later the young man joined a guerrilla army against the army. Then after he kills people, he was known to go back and eat the body parts. (brucehaleypictures.com) The story of cannibalism is what brings the shock factor to life. Through anger and rage this young man demonstrates what his life hasbecome due to the civil war with the Burmese government.

A story that Haley has captured is one that is documented in his new book, Sunder, about post-communism in numerous countries. Haley shot one photograph of a woman holding a picture of her dead son. In Haley’s intro, he tells how this woman was playing a motherly role and would bring him food while he was staying in a hotel in Nagorno-Karabakh. Haley knew she was poor, he accepted her offering to be polite. When Haley was all done and she took the food away he would slip paper currency between the bowl and plate. She felt like she could not accept it but Haley refused to take it back and he would end up leaving the hotel so she could keep it. He noted after the many weeks of interacting with her, he was finally able to take a picture of only if the picture of her dead son was in the photograph. Haley ended up dedicating this book to her (Haley 27). These stories are powerful because just by looking at the pictures the viewer gets a sense of poverty and hardship through the thousand words unspoken words that are linked to the photographs.

Bruce Haley has also photographed places all over the world; he opens the world’s eyes to world hunger over in Somalia. He has also hascreated portfolios ofpeople’s lives over in Afghanistan and Thailand. Haley has gone places that most people would not go on vacation to, to capture what most Americans do not see or know about. 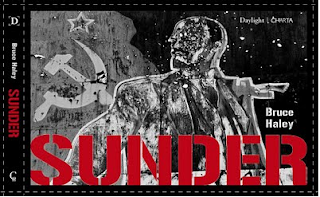 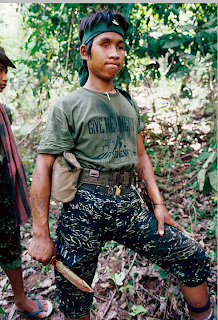 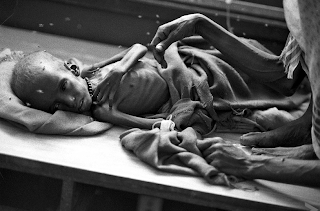 This site is an interview with Joerg Colberg about Bruce Haley’s work and how it shows problems around the world to the rest of the world.

Video on Haley’s new book, Sunder, and he narrates about his portfolio and how it was made into a book.

Interview on Haley’s work and his new book Sunder. It also talks about how he analyzes his own work.

Interview with WCI about his new book Sunder. Haley mentions how he was a self-taught photographer and how he got interested in the medium.

All photos are from brucehaleypictures.com