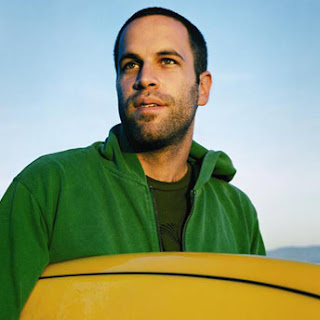 Jack Johnson was born on May 18, 1975. His music would be described as alternative and wiki describes him as American folk. He is a singer-songwriter, surfer and musician known for his work in the soft rock and acoustic genres. In 2001, he achieved commercial success after the release of his debut album, Brushfire Fairytales. He has since released four more albums, not including the albums involving surfing movies and soundtracks. His four albums are titled; Brushfire Fairytales, On an On, Sleep through the Static and In Between Dreams. My personal favorite would have to be In Between Dreams, as that was his first album I fell in love with.
He currently has sold 15 million albums worldwide. His highest–selling album is Sing-A-Longs and Lullabies for the Film Curious George, with 4 million albums shipped worldwide, due to the success of the 2006 Curious George film. Nonetheless, this album would sell not only to the usual fans, but to children as well. Notable songs from Jack Johnson include "Upside Down"; "Flake"; "Sitting, Waiting, Wishing"; "If I Had Eyes"; "You and Your Heart" and "Better Together". My favorite song would have to be either “Flake” or “If I Had Eyes”. They both entail meaningful lyrics with good rhythm.
Jack Johnson is mainly based on his acoustic guitar and some bass with drums, however, these songs include the best of everything. I fell in love with Jack Johnson seven years ago on a trip to Hawaii (where Jack is from). The family I went to Hawaii with loved Jack Johnson and we listened to his music every day. The calm ease of his music made his albums easy to listen through, and his clever lyrics and guitar chords made the songs memorable.
Fortunately, I was able to attend a concert of his about three years ago, and I will never forget how amazing of a musician he is. Not only can he play his guitar with ease, but he can also sing his songs just as you would expect to hear from his album. The best part of the concert was the fact that I was in the front row and could feel the energy and emotion he had in his music. He actually enjoys what he does and wants to share his brilliant lyrics and talents with others.

His top three sites would have to be;
jackjohnsonmusic.com;myspace.com/jackjohnsonmusic; and bushfirerecords.com
http://jackjohnsonmusic.com/welcome/:
This site includes his news, tour information, photos, music, video (including filmogrophy he was involved in), and a store where you can purchase merchandise and albums. This is Jack Johnson’s main website as you can tell it represents him. He is a very laid back guy with his family and guitar as priorities. His newest album is showcased throughout the website.  Of course, Jack Jonson is a very thankful and giving person, so he has a big thank you page for his fans from all of his tours, and a campaign for recycling. The recycling campaign is labeled under his “greening” tab. Thus, this website entails how amazing of a person Jack is, while also including his musical information.


http://www.myspace.com/jackjohnsonmusic :
Myspace is an important website for Jack as it shows his latest music, and you can play through each song in the virtual album he posted. Myspace allows for new and favorite tracks to be played, as well as witnessing first hand his newest album. While listening to his newest music, you can look through his latest photos and friends. Nonetheless, this is another opportunity to blog for Jack and witness firsthand what he has been up to lately; involving music, pictures, videos, streams, and friends.
http://brushfirerecords.com/artists/jackjohnson/
This website is different than the other two in that this website promotes Jack Johnson, but other artists that are similar to him. Of course, Jack Johnson is first on the list, and when you click on his link you learn about his newest album and tours which to me is great, however, this website adds a new dimension of adding a producer side of the story. As a fan of his music and his franchise, this was a very interesting website for me to view.
Posted by Sammi at 8:45 PM
Newer Post Older Post Home