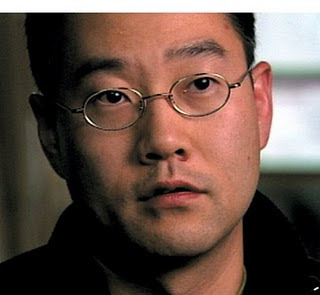 Do-Ho Suh is an artist originally born in Seoul, Korea in 1962. He earned his oriental painting degree at the Seoul National University, and later earned a Bachelor's of Fine Arts in painting from the Rhode Island School of Design and a Master's of Fine arts in sculpture from Yale University.

Do-Ho Suh's work is typically larger sculptures that engage the audience to look closer - at the art and at life. For instance, his work "Who am we?" is a wall exhibit that is made up of many, tiny portraits. When someone views the exhibit as they would a normal wall they see only dots. Only once they get closer to the wall do they see the dots are really miniscule portraits. Another of his pieces, "Floor," is a thick sheet of glass laid out on the floor. The only thing separating the glass from the floor is many plastic figurines who hold up the floor together. If someone was to walk over the glass the figures would be indistinguishable; only when they bend down would they see them as individuals. 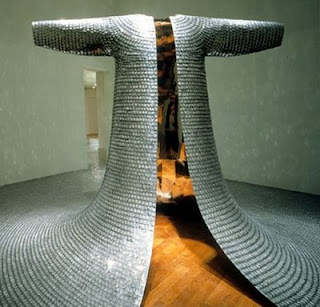 Although Do-Ho Suh says he does not create his art with any specific social critiques in mind, his works often seem to be shaped by his Korean heritage. For instance in his sculpture "Some/one," a multitude of dog tags are used to create a traditional Korean military armor. This is indicative of the military: nameless soldiers lose their identity as they become part of the military.

If you are interested in seeing some of Do-Ho Suh's work, Some/one is currently on display at the Seattle Art Museum. Otherwise here's some websites that provide more details about Do-Ho Suh and his art.


Lehmann Maupin has an in depth biography of Do-Ho Suh including his artistic influences and preferences. As well it includes pictures of his sculptures.

Design Boom is an art website that features an interesting interview with Do-Ho Suh. Besides asking about his artwork, they also take time to ask about his life now in New York and about his life growing up in Korea. Furthermore, they include pictures of many of his more popular installations and even a video or two about him.

PBS has an interview with Do-Ho Suh. As well, they have videos about some of his installations and pictures of others.
Posted by Bethany at 1:01 AM
Newer Post Older Post Home