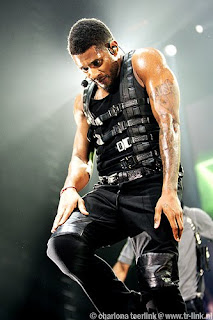 Since the late 1990s, Usher Terry Raymond, also known as Usher has been a musical sensation. Usher has the whole package from being a popular singer, dancer and overall a great entertainer because from his catchy dance music “Yeah” to his slow jams, a number one hit called “Nice and slow”. His popular songs are for everyone to enjoy. The RIAA ranks Usher as one of best-selling artists in American history, selling over 23 million copies only in America. Born October 14, 1978 and born in Dallas, Texas. Even when Usher was at a young age, many of Usher’s family members noticed his musical talents and star quality. When Usher was nine he joined a church choir and later he joined an R&B quintet called NuBeginnings. Usher has produced five albums and recently produced his latest album called Raymond V. Raymond.

One reason why I think Usher is a memorable artist is because I grew up with his music, in the 1990s I listened to his slow jams of “Nice and Slow” and even now when I am in the gym his catchy dance music pumps me up to work out harder. Unlike many artists today, Usher is not just a new fad that will not be remembered in future generations; he is known as the king of R&B and will be remembered in future generations.

Ushernow.com is Usher’s official website. This website includes information about Usher’s career with his music and his personal life. There is also a subtitle to find out Usher’s current tour dates and a shop online to buy his merchandise.

This website shows Usher’s biography, a list of albums, and different TV shows he has been a guest star in. There is also a section of “trivia” that list random facts of Usher’s life. In the end of the page there is a section of personal quotes and a section on what he is doing now.