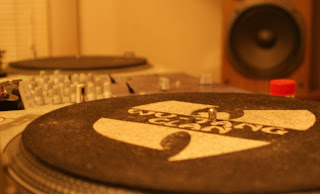 This site is the official site for the hip-hop group Wu-tang Clan. There is a biography link for each artist, a shop to purchase memorabilia for the group, and various news and media coverage to find out when they will be performing and what's new for the group. The links provide background for the groups history, discography, with some recordings available for listening, and pertinent information about the history of each individual member along with the group as a whole.

This link goes to a Rolling Stone magazine excerpt, where the group was included in the Encyclopedia of Rock and Roll, 2001. The excerpt gives a brief history from a different angle other than the groups official website.

Another link highlights the newest album to be released by the group. It is news media coverage showcasing the albums intentions to be released as a one of a kind piece of art, with only one copy being released.

I first heard Wutang Clan when I was a teenager in the 90's. I grew up in a similar environment down south and could relate on many levels. I enjoyed rap, but didn't like listening to repetitive lyrics about things I couldn't relate to. Hip-hop was becoming mainstream, but the Wutang Clan had a rugged appeal that only underground rappers were a part of. The raw sound and deep bass filled beats are what hooked me. The way each rapper had a unique sound, but came together as a group was intense. Most rappers are individuals, there aren't many that share a mic, but this group has many different members, each lending their unique sound to a track. The beats are dark and mysterious, not the mainstream repetitive sound from other artists. The lyrics are thoughtful and riddled, you have to really listen and hear it to make any sense, but they come out real and emotional, with the east coast New York accents roughing it up even more. The producer behind the music, RZA, is a genius when it comes to music, he brought an edge to rap that was never heard before, and he incorporated discipline into the music mixes, with references to ancient martial art and sounds. The sound that was produced is not often duplicated, if ever. Each member released individual albums, and many were just as good as the group, if not better. The album Liquid Swords by GZA is one of my favorite albums of all time. A few became actors, showing they could bring their art to other media. The soulful way the lyrics and beats intertwined is the main reason the appeal has stayed for many years. I became quite entranced by the group, saw them live, spent an evening with them, bought many albums and memorabilia. I am still a huge fan of their rugged sound, even when my musical taste changed over the years.


Here are links to a couple of my favorite songs on YouTube. Tearz by Wutang Clan and another one from GZA, Cold World . The songs are rugged and parental advisory warned. But it talks about how sorrowful things happened in real life that surrounded the groups daily upbringing.