A wikipedia website of Oda’s most famous manga One Piece. This site gives a full description of the storyline of One piece in addition to each characters biography. This also includes new updates on the manga.

A basic biography of the manga artist Oda Eiichiro listing his favorite activities and his hobby. Also lists all the manga Oda has written thus far and all the movies that he has casted in as well.

The legendary interview with Oda Eiichiro that fans have been dying to read. This interview includes all the information of Oda Eiichiro and what influenced him to become the manga artist he is now. 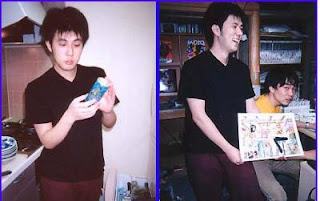 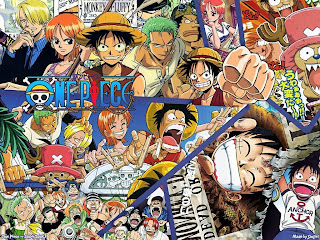 Oda Eiichiro is arguable the best manga artist of our generation. Manga is a form of art that has been great part of the Japanese culture that even adults read daily. Oda Eiichiro is currently writing a manga called One Piece which is a story about a boy who obtained the power to be a rubber man and his goal in life is to become the world’s greatest pirate. The manga One Piece is currently Japan and the world’s number one selling manga and has been for the past ten years. Some people even argue that One Piece is the greatest manga that has ever been drawn. Oda Eiichiro has influenced numbers of famous manga artist to become what they are today.
Posted by Peter Lancaster at 3:30 PM
Newer Post Older Post Home