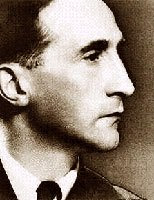 His name is Marcel Duchamp, and he is a French artist. He wondered if it is possible to make a work of art that is not a work of art, and his ideas give a big revolutionary notion to later generations of artists.

Here is a webpage: www.marcelduchamp.net/Bicycle_wheel.php.

The first sight you see is a bicycle wheel picture; you might wonder why this is famous. It is just a bicycle wheel, which is not beautiful like an art should be, and you can see bicycle wheels in your daily life. However, he became really famous. 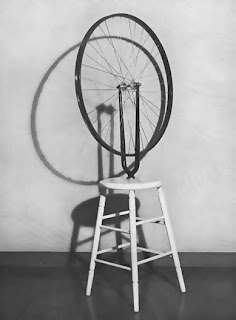 This site shows his works with the time during his life. He avoided any alliances because he had been refused to put his art in a gallery by someone, but he told the person that he thought Cubism was free. 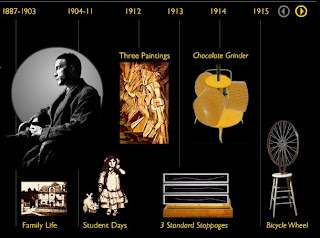 It tells his background and story. He paints one same side with different position while others painters paint one same object or person with different sides. You can see where a motion is from in Duchamp paintings such as Nude Descending a Staircase. 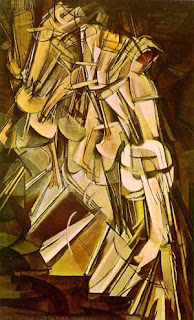 I chose him because he breaks the line and rules of what art looks like, and he believed what he believes even though at that time nobody likes his works, but he never changed his mind. If everyone just follows what already exists, there would not have today technology and many inventions that help people's lives a lot. The way of people's thinking is easily blocked by themselves. Sometimes, I feel so surprises by those new things because I am such curious how come someone can have the idea and really can make it out in real life. Thoughts are virtual, but they make them come true.